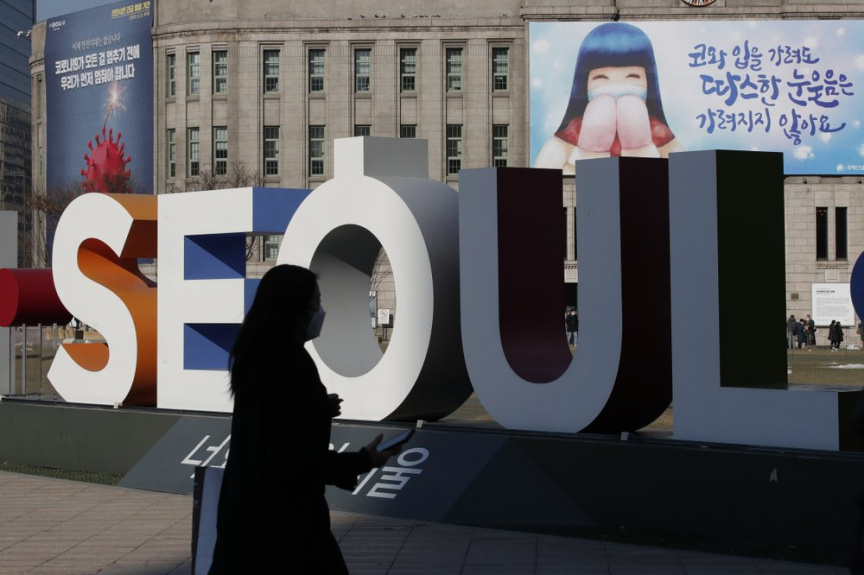 A woman wearing a face mask as a precaution against the coronavirus walks near the display of South Korea's capital Seoul logo in Seoul, South Korea, Monday, Dec. 21, 2020. (AP Photo/Lee Jin-man)

SEOUL, South Korea — South Korea will limit private social gatherings to five people and shut down ski resorts and major tourist spots nationwide starting on Christmas Eve as it contends with a surge in coronavirus infections.

The restrictions announced Tuesday extend to a national level similar rules set earlier by authorities in the Seoul metropolitan area. It is the most serious step the government has taken to reinstate social distancing after months of easing.

Prime Minister Chung Sye-kyun says the measures will be in place at least until Jan. 3.

The Seoul area has been at the center of a viral resurgence that has overwhelmed hospitals and increased death tolls. The surge has put pressure on the government to raise social distancing restrictions to maximum levels, something policymakers have resisted for weeks out of economic concerns.

Beds in short supply as SKorea sees another jump