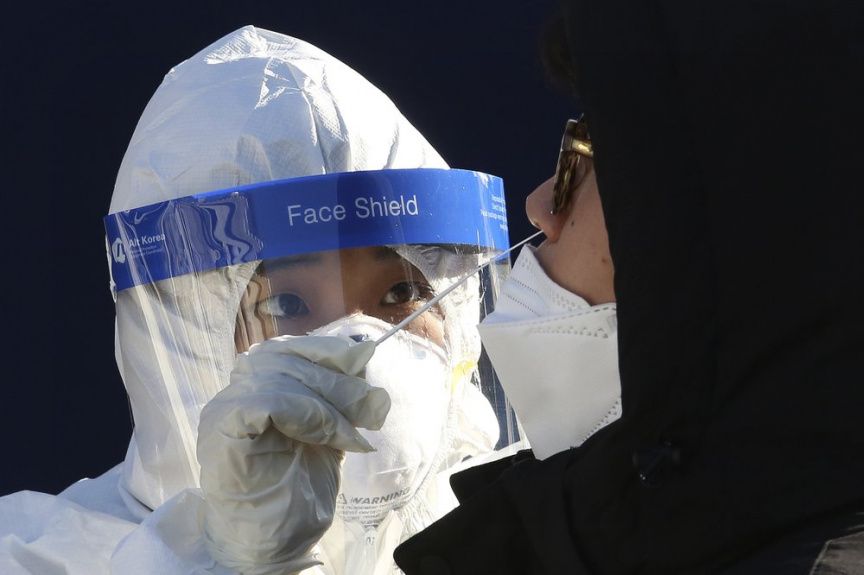 A medical worker takes samples from a man during a COVID-19 testing at a makeshift clinic in Seoul, South Korea, Monday, Dec. 14, 2020. South Korea was opening dozens of free COVID-19 testing sites in the greater Seoul area, as the country registered additional more than 700 new cases Monday amid a surge in infections. (AP Photo/Ahn Young-joon)

TAIPEI, Taiwan — Taiwan has set a goal to vaccinate 60% of its population with a COVID-19 vaccine, or 15 million people, a health official said Tuesday.

Taiwan has signed an agreement with COVAX to purchase a COVID-19 vaccine, but is also actively in talks with vaccine companies who have candidates in phase 3 trials for a potential bilateral agreement as well, said Jing-Hui Yang, a deputy director at the Central Epidemic Command Center. COVAX, a global plan to distribute vaccines equally, has not yet started sending out shipments of vaccines.

The island will prioritize frontline health workers and essential personnel to receive the vaccine first, Yang said. Later on, the immunization campaign will target the elderly as well as those who have existing chronic illnesses.

Officials expect the vaccines to arrive early next year. Still, an immunization campaign will take time, and will not be finished in just a month or two, Yang warned.