Coalition to hold rally against GMR on Victory Day 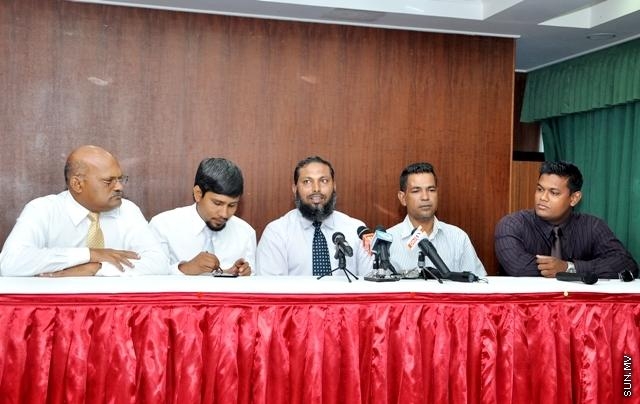 The political party coalition against GMR, the operator of Ibrahim Nasir International Airport, has announced plans to hold a mass rally on Victory Day, 3 November.

Speaking at a press conference at Nalahiya Hotel today, President of Adhaalath Party Sheikh Abdullah said that a ‘mass national gathering’ will take place at Artificial Beach on 3 November at 4:00pm.

Imran assured that the eight parties included in the government coalition will participate in the gathering.

Minister of State for Home Affairs Abdullah Mohamed said at the press conference that the efforts to reclaim the airport have been disrupted due to the death of MP Dr Afrasheem Ali; however, the work will be resumed now after allowing time to mourn the national tragedy.

Victory Day is celebrated on 3 November to mark the country’s success in the coup attack on the Maldivian government by a group of Maldivians in collaboration with Sri Lankan Tamil Tigers in 1988.

Sheikh Imran said that the assistance of the Indian government in saving the Maldives from the Sri Lankan terrorist group in 1988 will be remembered during the protest against Indian company, GMR, on 3 November.

Permission to be obtained before disposing of foodstuff waste