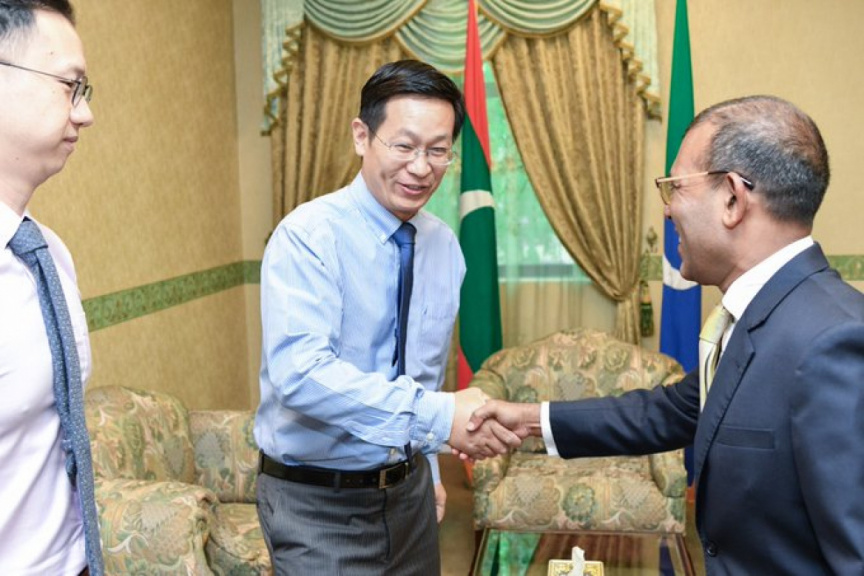 Nasheed has always been a vocal critic of the burden upon the Maldives in repaying loans obtained from China for various infrastructure projects by the former administration.

“Totally unaffordable. Even if we sell our grandmother’s jewelry, we won’t be able to afford these repayments,” he had tweeted.

Responding to Nasheed, Ambassador Zhang Lizhong in a tweet today admitted that jewelry inherited from grandmothers had a price and were precious. The Ambassador then said that his nation preferred friendship with the Maldives instead of jewelry, which he described as priceless.

“I must admit Jewelry inherited from grandma is very precious, but with a price. Yet we prefer friendship which is priceless.

The government has submitted a budget of MVR 34.79 billion to the Parliament for approval. The projected expenditure totals MVR 33.29 billion while the projected revenue totals MVR 17.79 billion, meaning an overall budget deficit of MVR 15.50 billion.

While the government projects Maldives’ debt to rise to MVR 82.8 billion by the end of 2021, Nasheed, in a press conference on Tuesday, shifted the blame for the increase in debt to the administration of former Maldivian President Abdulla Yameen Abdul Gayoom.

Finance Minister Ibrahim Ameer stated that the government will not opt for fiscal consolidation but will increase expenditure to recover from the impact of the COVID-19 pandemic on the economy, even if it requires taking on more debt.

Speaker Nasheed and Ambassador Lizhong has also previously clashed over the exact figures of loan repayments.