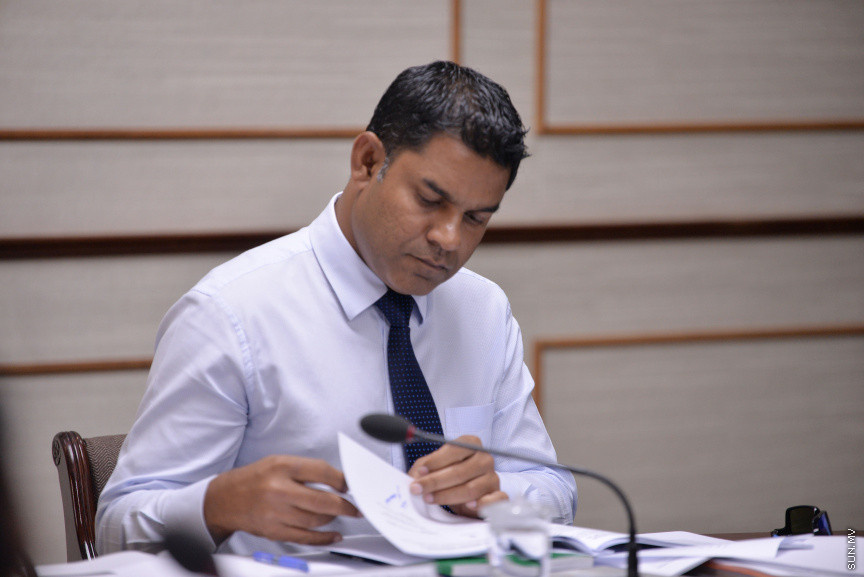 Kinbidhoo MP Mohamed Nashiz has been elected the chair of Budget Committee, as it begins reviewing the proposed state budget of MVR 34.79 billion for 2021.

The Budget Committee convened for its first meeting on Monday afternoon.

The meeting was attended by 21 parliamentarians, and Nashiz was elected the committee chair with a majority vote of 20.

Nashiz has also been the chair of the Budget Committee last year, when it reviewed the proposed state budget for 2020.

Finance Minister Ibrahim Ameer presented the MVR 34.79 billion proposed state budget for 2021 to the Parliament earlier this Monday. It includes a projected MVR 17.79 billion in revenue and grants, and a total expenditure of MVR 33.29 billion after excluding loan repayments and contributions to international financial institutions, resulting in an overall budget deficit of MVR 15.50 billion – which is 23 percent of the GDP.

Delivering his statement, Ameer said the government projects Maldives’ debt to rise to MVR 82.8 billion by the end of 2021. He said that though the debt will rise in the short run, it can be lessened in the medium run, by increasing GDP.

Ameer acknowledged mounting concern over debt management, but appealed to the Maldivian people not be alarmed by the high debt, insisting that the government has a strong debt repayment plan and is not at risk of defaulting on loans.

'Projects for 2021 incompatible with econ. situation'