Southampton top in England for first time in 32 years 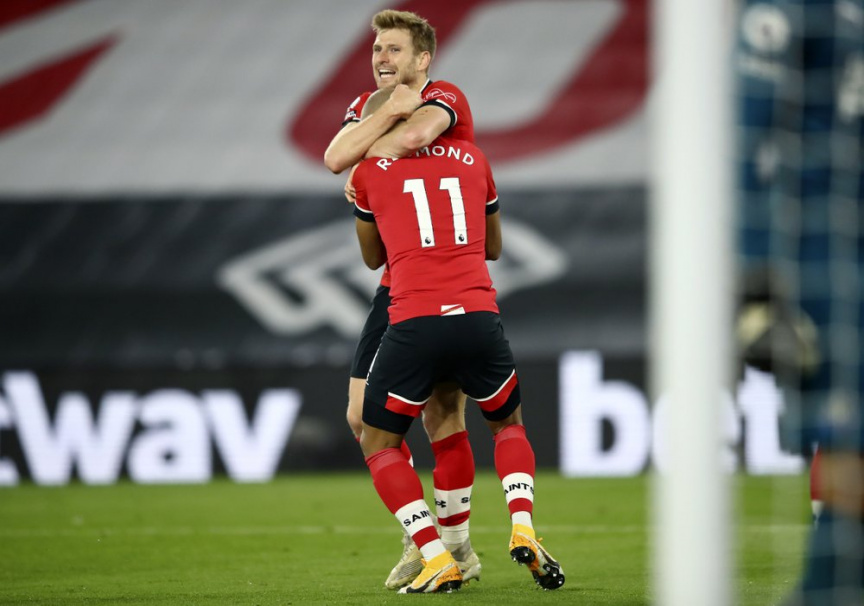 For the first time since 1988, Southampton has ended a day in first place in England’s top division.

The team from the south coast achieved the feat on Friday without its best player.

Since opening with back-to-back losses, including a humiliating 5-2 thrashing at home by Tottenham, the Saints have won five of their six games and drawn the other one at Chelsea.

“It is a little scary what we are doing at the moment, to be honest,” said Ralph Hasenhüttl, Southampton’s Austrian manager.

It’s quite the turnaround for the team, but that’s nothing new. Last season, Southampton lost 9-0 at home to Leicester on one of the darkest days in the club’s history, but managed to regroup and finish the season as one of the form teams during lockdown.

Southampton, which is ahead of Liverpool on goal difference, last topped the English standings 32 years ago when the team won its first three games of the 1988-89 campaign.

“Our fans will love it and they’ll make a picture of the table,” Hasenhüttl said. “For us, it’s nice but it shouldn’t kill the hunger for more.

“We should stay hungry and we should feel anything is possible with this team.”

With Ings — the second-highest scorer in the Premier League last season — out for up to six weeks because of a knee injury, Southampton has its work cut out to stay at the summit.

In Adams, the team has another striker in form, though. He has three goals in his last four games after opening the scoring in the seventh minute against Newcastle with a volley from Theo Walcott’s cross.

Armstrong sealed the points in the 82nd minute, slotting home a left-footed finish after Newcastle lost possession just outside its own area.

At the other end of the standings, Burnley remained without a win this season after drawing at Brighton 0-0.

De Bruyne misses penalty as City is held by Liverpool