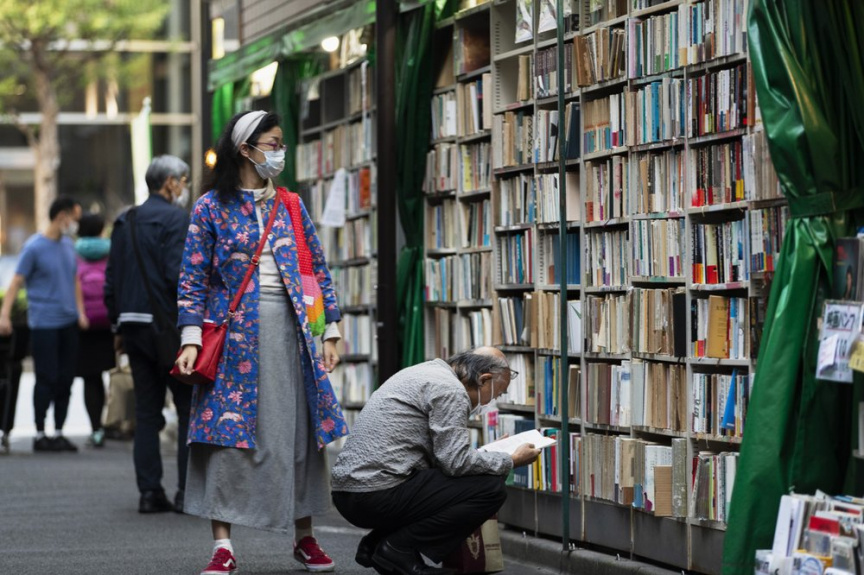 The country confirmed 808 new cases on Thursday, bringing the cumulative COVID-19 cases to 100,334, including 712 people who were on a cruise ship that was docked off a Japanese port earlier this year.

About one-third of the cases come from Tokyo, where 221 cases were confirmed Thursday, bringing a prefectural total to 30,677, with 453 deaths. Nationwide, Japan has more than 1,700 deaths.

Experts say Japan has so far managed to avoid “explosive” infections as in Europe and the U.S. without enforcing lockdowns, most likely thanks to the common use of face masks and disinfectants, as well as other common preventive measures including social distancing.

Japan had a nationwide state of emergency in April and May, and experienced a less serious second wave in August, but has since been seeing a slight uptrend in new cases in northern Japanese prefectures, setting off concerns of a surge in the winter.

Experts have urged extra caution at dining and drinking parties and workplaces. According to health ministry data, nearly half of the new cases were in their 20s and 30s.

Experts on Thursday also urged caution in Tokyo where the daily count has fluctuated between 100s and 200s.

— India reported 48,648 new coronavirus cases, continuing a monthlong slowing trend in infections even as the country adds to its 8 million cases. The Health Ministry also reported 563 more fatalities in the past 24 hours, raising the death toll to 121,090 on Friday. Even as cases are dropping nationwide, New Delhi is facing what could be a third wave of infections. The capital is India’s worst-hit city and is among the few regions in the country seeing further new infections, clocking more than 5,000 daily the last three days. The surge comes while seasonal pollution levels are soaring in the capital, worsening respiratory illnesses.

Dozens of US Marines in Japan’s Okinawa get coronavirus

Japan braces for more rain as death toll rises to 66