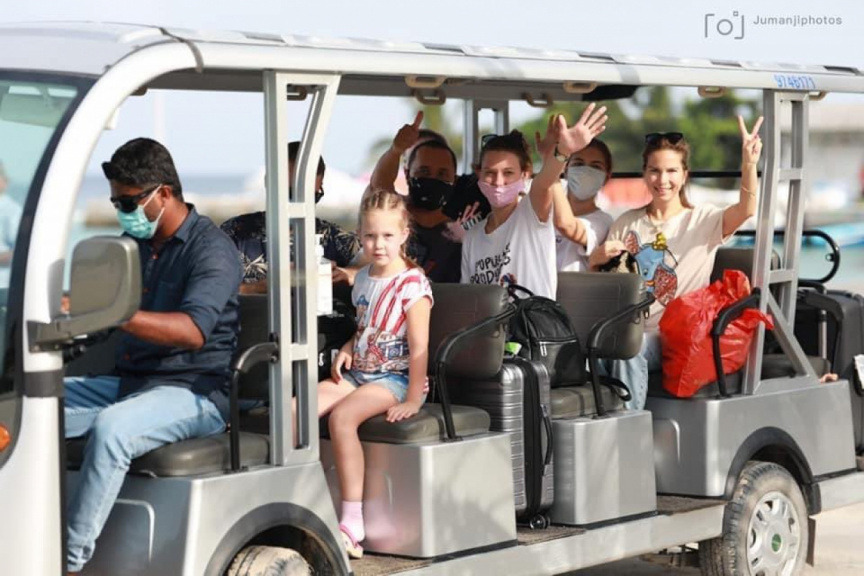 Tourists wave as they are taken to a guesthouse in A. A. Thoddoo.

In the three months since the borders of the Maldives reopened, the country has so far received a total of 27,217 tourists.

Statistics published by Maldives Immigration so far showed that the number of arrivals in the third month since the reopening of borders had increased by 56 percent.

Maldives closed down its borders on March 27 due to the outbreak of COVID-19 and reopened on July 15.

The number of airlines operating to the Maldives have also been slowly increasing. Local guesthouses that meet certain requirements were also permitted to reopen on October 15.