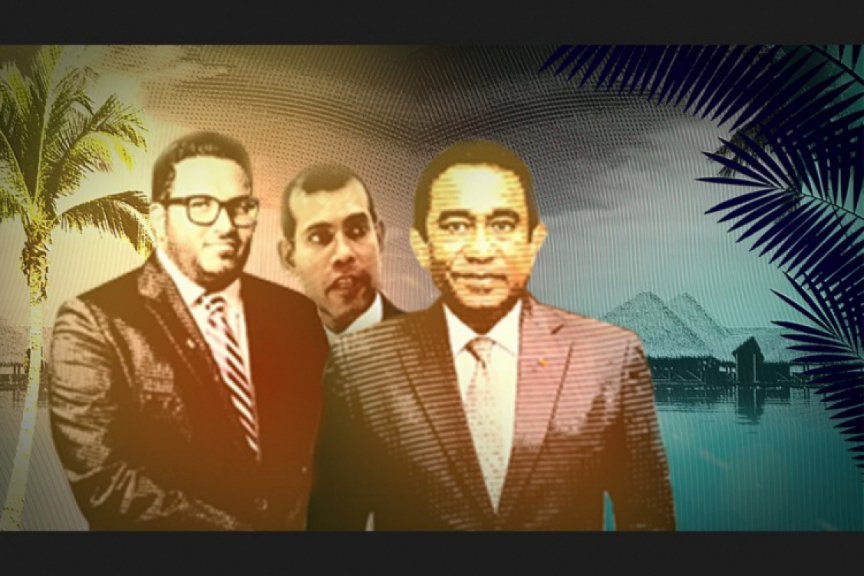 A poster for the 'Stealing Paradise' investigative documentary of Al Jazeera into the massive MMPRC corruption scandal of the Maldives.

Speaker of the Parliament Mohamed Nasheed has said that he will be releasing 70,000 text messages on a mobile phone previously owned by former Vice President Ahmed Adeeb who was convicted of charges related to the scandal last week.

In today’s Parliamentary sitting, Nasheed said that Adeeb had provided the Parliament’s Committee National Security Services with 70,000 text messages related to the MMPRC scandal sent from a mobile phone he previously owned.

“We have found it difficult to conduct that research here and have failed to do so. So, publicly, within the view of the public, the 70,000 text messages will be released because they are in my possession.” Said Nasheed.

He added that the Committee had all the evidence related to the case and the text messages were referenced and filed.

“The former Vice-President himself has spoken out about a lot of things in his own admission of guilt. The connection between those statements and the text messages I also very clear. No need for a legal or investigative expert. We are concerned that the matter remains in limbo in something as clear as closing and opening the eyes.” Said Nasheed.

Adeeb had pled guilty to charges made against him last week, as part of a plea deal between him and the Prosecutor General’s Office. The Criminal Court sentenced him to 20 years in prison for the admitted charges including graft, money laundering, and misuse of official capacity.