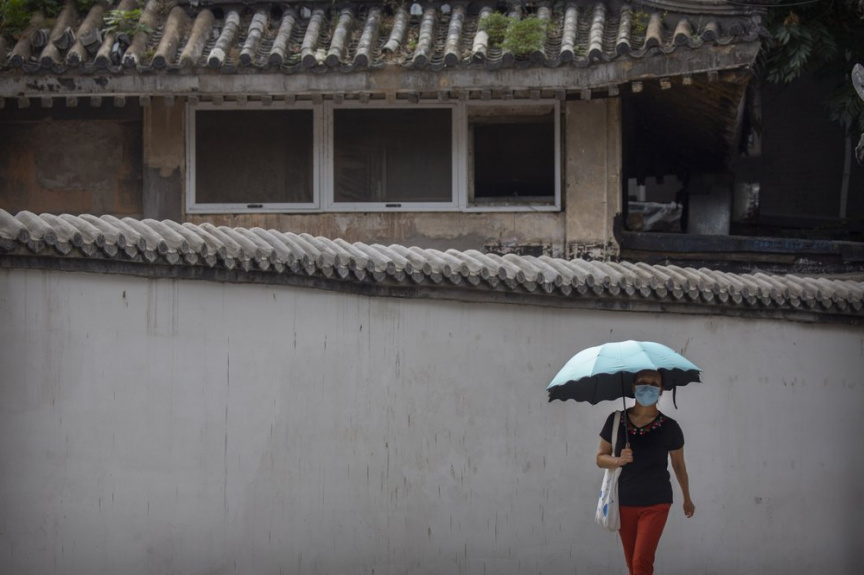 A woman wearing a face mask to protect against the coronavirus walks at a public park in Beijing, Saturday, Sept. 12, 2020. Even as China has largely controlled the outbreak, the coronavirus is still surging across other parts of the world. (AP Photo/Mark Schiefelbein)

BEIJING — Domestic air travel in Wuhan, the epicenter of the global coronavirus outbreak, has returned to pre-pandemic levels, authorities say.

The virus was first detected in Wuhan late last year and the city underwent a draconian 76-day lockdown as its hospitals struggled to deal with a tidal wave of cases that required the rapid construction of field hospitals to handle the overflow.

Since re-opening in early April, life has gradually returned to normal and numbers of domestic flights serving the city, as well as the number of passengers, had both fully recovered, according to the operator of Wuhan Tianhe International airport. It said 64,700 passengers were transported aboard 500 domestic flights on Friday.

The airport is preparing to eventually resume international passenger flights to destinations such as Seoul, Singapore, Kuala Lumpur and Jakarta, Qu Xiaoni, an airport representative was quoted as saying by the official Xinhua News Agency.

International cargo routes have already re-opened connecting the major industrial city and center of the Chinese auto industry with destinations such as Amsterdam and New Delhi.

China has gone almost a month without registering a new case of local transmission and on Sunday, the National Health Commission reported just 10 new cases, all of them imported. Hospitals are treating 151 people for COVID-19 and another 357 people are in isolation after testing positive for the disease without showing any symptoms, the commission said. China has reported a total of 85,184 cases of COVID-19 with 4,634 deaths.