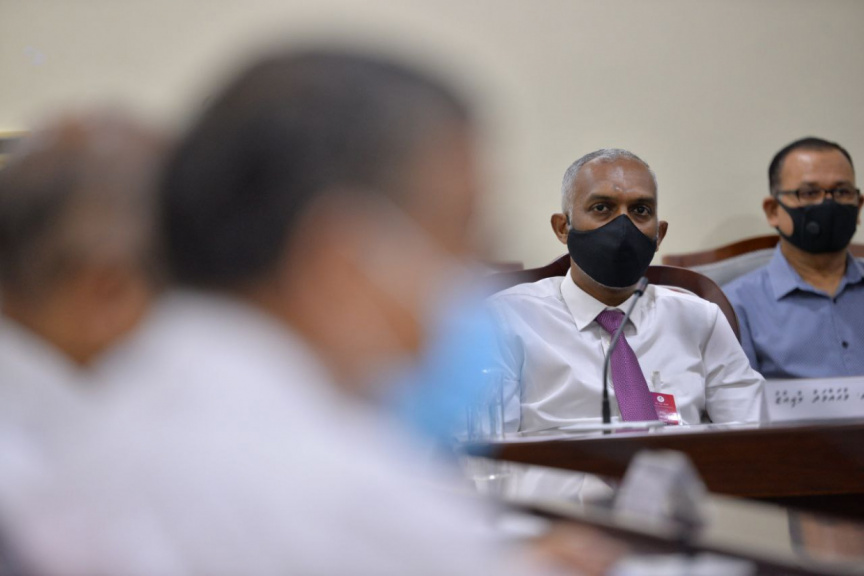 Former Housing Minister Dr. Mohamed Muizzu has said that the relocation of the main commercial port of the Maldives from Male’ City to Gulhifalhu was cruelty that the citizens of Male’ City were subjected to.

A tweet by the former Housing Minister who is contesting for the Male’ City mayor port, read that the port project in Gulhifalhu must be stopped for the sake of housing alone. The permanent solution for the port will always be Thilafushi, said the former Minister who is a leading figure of the opposition coalition.

“The port project in Gulhifalhu must be stopped just for the sake of housing for Male’ City citizens. The construction of the port in Gulhifalhu is cruelty that the citizens of Male’ City are subjected to. Permanent solution for the port will always be Thilafushi.” Said Muizzu.

The previous administration had planned to move the port to Thilafushi before. The current administration said that considering the environmental impact and safety hazards, Gulhifalhu was a better alternative for the port.

Massive changes are being planned by the Housing and Planning Ministry under the project, which will see all operations of the commercial harbor in Male’ City switched to Gulhifalhu. Land reclamation for the planned port is now underway and is contracted to Boskalis Westminster for USD 53 million.

All services by Male’ City Council to be digitalized