Sports Minister: Lawmaker tried to make me do ''befouling acts'' 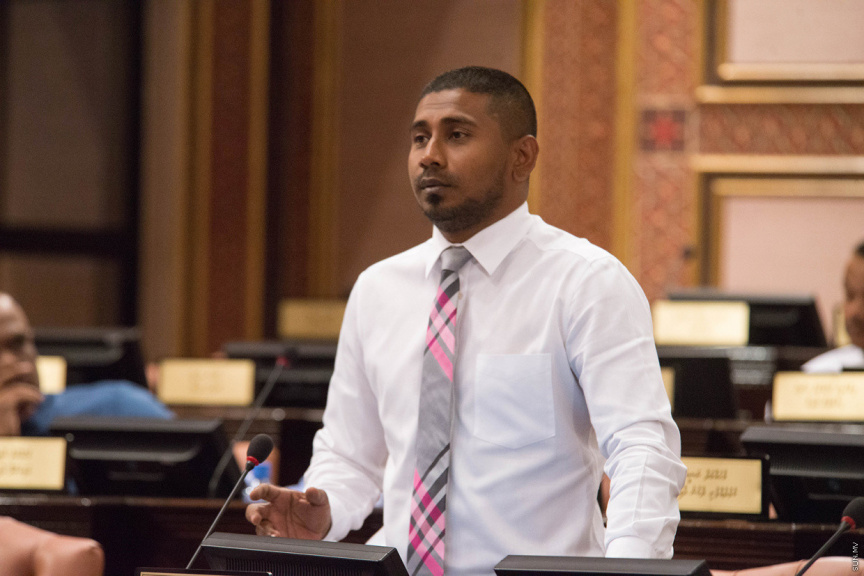 Sports Minister Ahmed Mahloof has said that MP Ali Azim was trying to make him do “befouling acts” in relation to the recent Football Association of Maldives election fiasco.

Azim, the MDP PG Group leader of the parliament served as the first elected president of the FA.

Sports Minister Ahmed Mahloof described the activity that MP Azim was trying to make him do “befouling acts” in the Parliament today when he attended to answer the questions of Thimarafushi MP Abdulla Riyaaz.

“I am actually very saddened in the conduct of our PG leader Ali Azim in the FAM elections. Very saddened. Because he had good knowledge of how things are when he attempted to make me do acts befouling. I…” said Sports Minister Mahloof, before being interrupted by the Speaker.

Speaker of the Parliament, Mohamed Nasheed, said, “Honorable Minister, I cannot allow you to give that answer. I believe that you should answer the question asked by the honorable MP.”

Mahloof had said before the outburst regarding MP Azim, that he had requested the election be postponed pending the outcome of the parliamentary committee which was evaluating the matter of the elections.

The Minister maintained that he had no power to order the halt of the elections, which he dubbed would be unconstitutional.

“Due to the reason that a Minister does not have the power over any sporting associations election in any capacity. That power comes under the Sports Commissioner.” Said Mahloof.

The Minister has previously said that he could not be requested to halt the elections, even if there were no other candidates contesting the election of FAM. This was not something possible and could lead to the suspension of Maldives by FIFA, said the Minister.

Mahloof says he's being made a sacrificial lamb

'MP Azim and a few others working to destroy govt.'

Sports Minister self isolates for a second time