Parliament recommends allocation of land for 6,000 housing units in Gulhifalhu 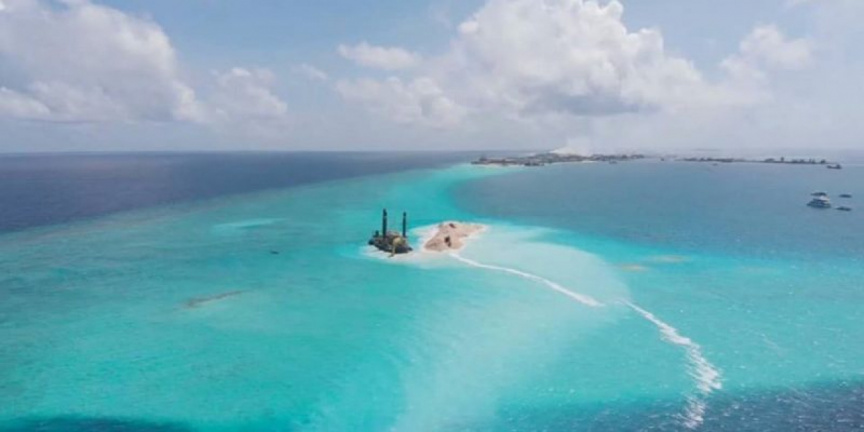 The Parliament, on Tuesday afternoon, passed a report drafted by the Environment and Climate Change Committee, which recommends that the government to allocate land from the land being reclaimed in Gulhifalhu for the port project, to build minimum 6,000 social housing units.

The government has initiated a project to reclaim 192 hectors of land in K. Gulhifalhu,  part of a larger project to relocate Maldives’ main commercial port, which is currently situated in the capital Male’ City.

The Environmental Impact Assessment (EIA) conducted for the project warns of potential damage to the environment, with sand and sediments piling up on the surrounding coral reefs, muddying the waters, and possibly killing the coral reefs.

Environmental activist groups warn the project is a threat to 30 dive spots, including the Vilimale’ reef.

The Parliament’s Environment and Climate Change Committee launched an inquiry into the potential damage to the environment from the project in June.

In a report compiled following its inquiry, the committee wrote that the project could cause irrevocable damage to the environment.

The committee decided that it was imperative that the project have additional socioeconomic benefits to justify the potential high environmental cost.

The committee suggested that 15 percent of the land reclaimed from the lagoon should be utilized for residential use, and recommended that land be allocated from the area to build minimum 6,000 social housing units.

The committee, in its report, noted the congestion in Male’, and said that Gulhifalhu has the potential to be utilized to remedy the housing shortage in the city.

“15 percent of the reclaimed area should be utilized for residential purposes, instead of utilizing the whole area solely for economic purposes, and land should be allocated from this area to build a minimum of 6,000 social housing units,” recommended the committee.

Speaking at this Tuesday’s parliamentary sitting, Vilimale’ MP Ahmed Usham presented a revision to establish that 30 percent of the reclaimed land should be utilized for residential purposes, that the government declare a residential zone, and allocate land to build at least 8,000 social housing units in the zone.

However, the revision received only seven votes for, and 58 votes against. The report therefore passed without any revision, and as was passed by the committee itself.

The report also recommends additional measures to strengthen environmental governance in order to mitigate the environmental impact of projects which involve dredging and land reclamation.

It includes the recommendation that the government conduct Strategic Environmental Assessment (SEA) instead of Environmental Impact Assessment (EIA) ahead of national infrastructure development projects, that the assessments be conducted for all projects which cannot be conducted without dredging and land reclamation, and that the government declare all vulnerable locations which require protection prior to conducting the assessments.

The committee recommended that the government maximize the utilization of sand resources, and establish a threshold for dredging.

The committee also recommended that it be declared on the terms of reference of EIAs to take the environmental cost into account when determining the value of projects when establishing the feasibility.

The committee recommended that the government take action against parties which fail to follow the recommendations in EIA reports and fail to conduct monitoring programs.

The committee also recommended that the government make it a policy any dredging and land reclamation projects which may damage the ocean, coral reefs, and coastal areas of islands during time period noted for coral spawning, coral bleaching or warming of the seas.

The report passed with a unanimous vote of 61 parliamentarians.