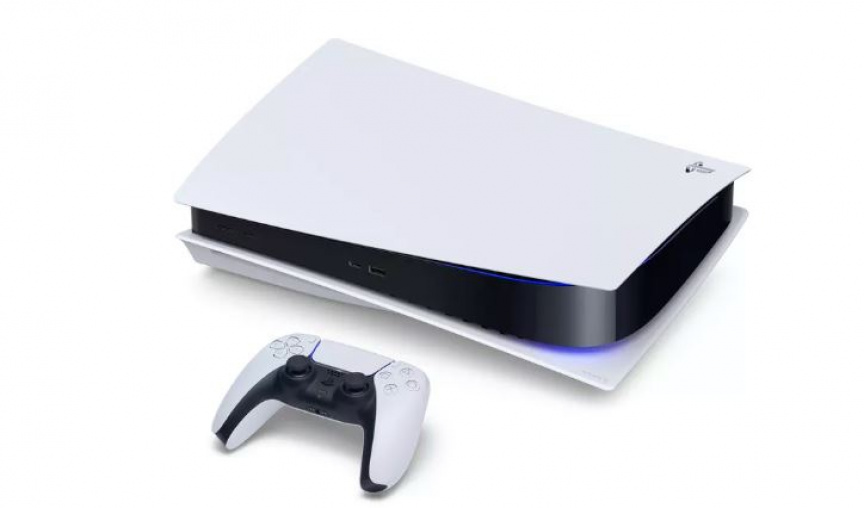 This is the new PlayStation 5. (Photo/SONY)

Sony has given gamers a first look at the design of its next console as well as some of the titles it will play.

The PlayStation 5 has a black core surrounded by curved white edging and a blue glow.

Sony's machine will launch alongside Microsoft's rival Xbox Series X before the end of the year.

"While there's still a lot of unanswered questions about the PS5, namely price and release date, I think Sony did exactly what they needed to with this reveal event," commented Laura Kate Dale, a freelance games critic.

"It showed off an hour of games, mixing sequels to popular titles, and new franchises from its biggest first-party studios, for a solid hour.

"People on Twitter are very split on whether they like or hate the look of the box, but overall Sony spent an hour getting people excited."

So are you guys getting the Mini Fridge or the Wifi Router? pic.twitter.com/vO0i0lA4Xq

So many people remarked that the console looked like a "wi-fi router", that the term trended on Twitter shortly after the event.

More than two dozen new games were shown off in total.

It was not always clear during the event which titles were PS5 exclusives and which were not.

The PlayStation 5 is set to go on sale later this year, seven years after the PS4.

In addition to being able to deliver improved visuals, the new machine also has a customized hard drive that will make it possible to radically reduce load times.

Sony is building a library of launch titles that will only be available on its next-generation machine. This contrasts with Microsoft's approach, which is to initially release new first-party games on both its current and next-gen consoles.

Sony opted to stream a pre-recorded video rather than host a live event because of the coronavirus pandemic.

The video was broadcast at 1080p resolution, much lower than the PS5 is capable of.

The PS4 outsold the Xbox One globally by more than a 2:1 margin, although the gap was much closer in the US.

In advance of Thursday night's event, one industry insider said there were two things he was most excited about.

"The first is the new controller - the adaptive triggers offer deeper and more meaningful feedback for gameplay,"

"The other is super-fast loading. On PS5, waiting to get into the action is a thing of the past," explained Robert Karp, development director at UK developer Codemasters.

Sony sets ‘Into the Spider-Verse’ sequel for 2022