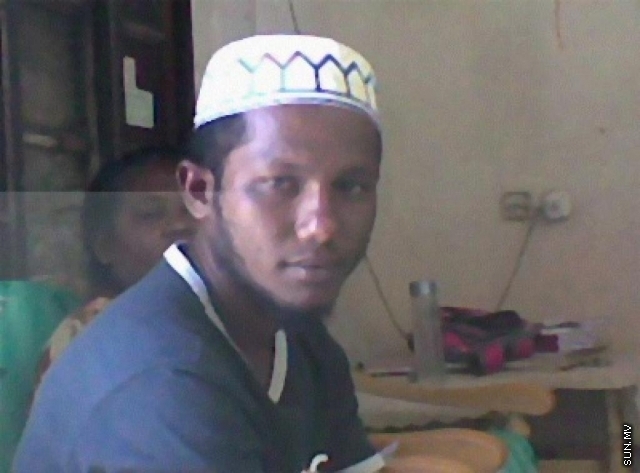 The police were negligent in letting a young man to allegedly commit suicide by burning himself while under police custody at GDH. Gadhoo Police Station, said the Human Rights Commission of the Maldives (HRCM) yesterday.

HRCM prepared an 8-page Report on the incident, a copy of which was handed over to the young man’s family yesterday.

Sun Online has obtained a copy of the Report, which says that Ibrahim Afzal, 22, was kept in custody in a way that could enable him to harm himself as well as others, and that it is negligence on the part of the police. The Report also said that the police were negligent in taking sufficient and appropriate steps to understand Afazal’s medico-psychological condition.

According to the police, Afzal committed suicide during June 2010 after throwing a container of petrol on him and then setting himself on fire.

HRCM Report says that Afzal was kept, while under custody, in a room where there were a number of petrol and diesel containers, and that the two policemen in the building were not in the same room, and they could not, therefore, monitor whatever Afzal could and would do.

The police had previously said that the two officers on duty saw Afzal pouring petrol on himself and rushed to stop him, and that by the time they reached him, he had set fire on himself and got burned. However, HRCM contradicted the police claim by saying that this claim could not be verified.

“Although investigations have proven that Afzal died of burns, it has not been conclusively established whether Afzal set himself on fire, or whether the police did it”, read the Report.

HRCM Report also noted that the small residential house building rented to run the Police Station was not at all sufficient for custodial purposes. The Report further said that records of those who were summoned to the Station had not been properly kept and that, though Afzal was presumably under effect of narcotics, the police did nothing to understand his mental conditions.

Afzal died while under treatment for the burns at IGMH, Malé, on 5th June 2010.

The police said that he was arrested for threatening people with a knife while being under the effects of narcotics.

Meanwhile, Ahmed Thalal, Afzal’s brother, said last night that the HRCM issued its Report only after he went to the Office of HRCM and refused to get out of the Office without the Report.

“The Police Integrity Commission had previously issued a Report on this incident, which was designed to somehow protect the police from blame. The Report of the Human Rights Commission seems fair and reasonable to me. So I am considering applying for a Court Order asking the Police Integrity Commission to reconsider the case and prepare a new report”, said Thalal. He also said that based on the Report of the HRCM, his family would file a court case to hold those who had been negligent accountable for their negligence.

Government to introduce 10 scholarships for students completing A Levels