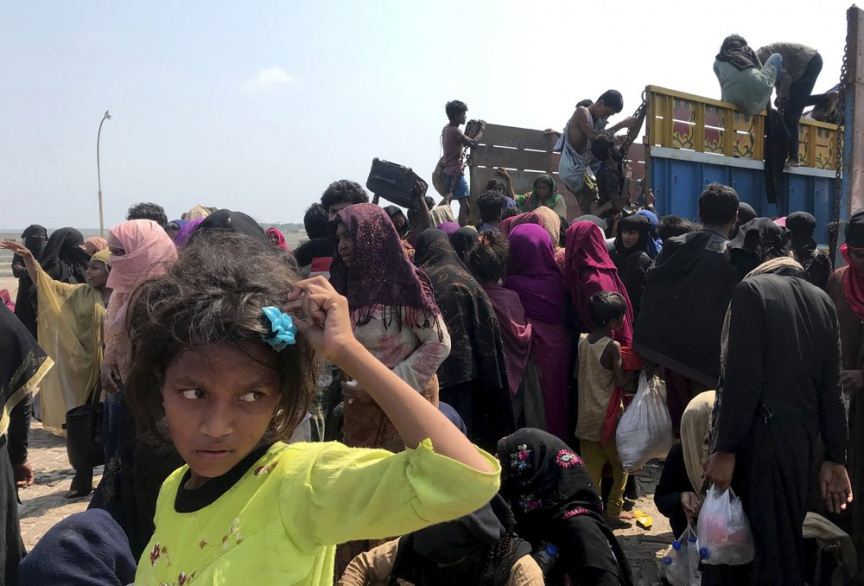 The New York-based rights group noted that Malaysia had recently pushed back to sea at least two boatloads of Rohingya refugees. Despite Malaysia’s partial coronavirus lockdown that prevents foreigners from entering the country, Human Rights Watch said the pandemic should not be an excuse for a blanket policy of turning away boats in distress.

“Malaysia’s claims to support the rights of the Rohingya mean shockingly little when they push desperate refugees back to sea,” said Phil Robertson, Human Rights Watch’s Asia director. “The COVID-19 pandemic does not create a justification for risking the lives of refugees on overcrowded boats.”

Predominantly Muslim Malaysia has previously protested the persecution of the Rohingya and sought justice for them. But its navy on Thursday intercepted a boat with some 200 Rohingya refugees off its northern coast and prevented it from entering Malaysian waters. The fate of that boat is unknown.

On Wednesday, Bangladesh coast guard officials rescued a boatload of 382 starving Rohingya refugees. Survivors said the boat had been turned away from Malaysian waters weeks earlier and that at least 30 people on board had died before the rescue.

Siti Sabrina Imji Rahim, a senior official on the council’s COVID-19 task force, said that sending the refugees to detention camps could increase the risk of spreading the virus. She said in an email reply to a query from The Associated Press that the refugees were given food and fresh water before being turned away.

Human Rights Watch, however, said Malaysia’s pushback policy violates international obligations to provide access to asylum seekers, and noted that the refugees could have been isolated or quarantined. It said the COVID-19 outbreak has only intensified the misery of an estimated 600,000 Rohingya who remain in Myanmar and nearly a million living in refugee camps in Bangladesh after fleeing persecution by Myanmar’s military.

“The Malaysian government can both protect against the spread of the virus and ensure that those risking their lives at sea are rescued and given a chance to seek asylum,” Robertson said.