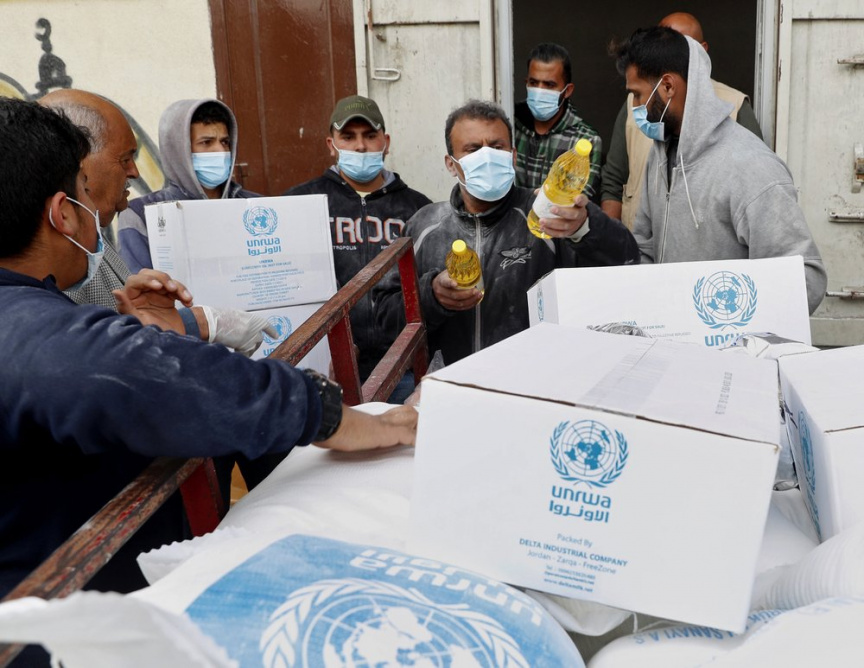 Hamas, the militant group ruling Gaza, has coordinated the timing of Rafah crossing’s one-way reopening with Egypt to coincide with the completion of 1,000 rooms to place the returnees into mandatory quarantine.

The arrivals were taken into buses, without their luggage, under police escort into the quarantine centers. Sick returnees would be placed in hospitals and the old at hotels. Security forces and medics waited for the arrival in full protection clothes.

Hamas and its governmental bodies are struggling to keep the COVID-19 threat at bay after its spread in neighboring Israel and Egypt. Only 13 cases have been diagnosed in the Palestinian enclave that the two countries blockaded following Hamas’ violent 2007 takeover. Nine have recovered. The cases were discovered among travelers who returned from abroad via Israel and Egypt in March.

But experts say the numbers could be low owing to the limited testing capacity.

Gaza’s health system is gutted due to the blockade, Palestinian political divisions and conflicts with Israel. International organizations warn that an outbreak would be catastrophic among the 2 million people packed in the narrow enclave, where poverty and unemployment levels have jumped over 50%.

The Rafah crossing will remain open for four days to allow for the return of some 2,000 Palestinians from Egypt.

In the West Bank, there are 260 infections and two deaths, while in neighboring Israel the injuries have exceeded 11,000 and 115 deaths.

Iran acknowledges encounter with US during a drill