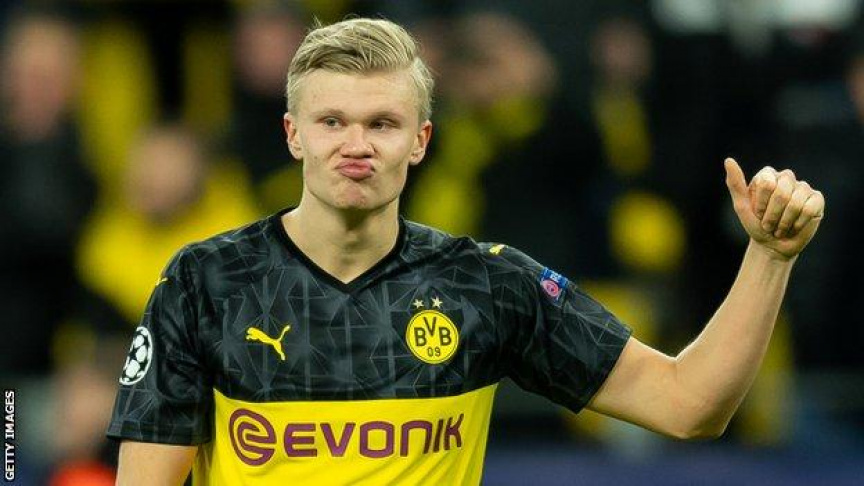 Erling Braut Haaland won the man of the match award when Dortmund beat PSG in the first leg of the Champions League last-16 tie on February 19, 2020. The Norwegian wonder kid scored two goals in the match. (Photo/BBC)

Ligue 1 leaders PSG were beaten by German side Borussia Dortmund as Norwegian teenager Erling Braut Haaland continued his excellent scoring form this season with two more goals in the Champions League last-16 tie between the two.

The 19-year-old Norwegian showed two distinct sides of his impressive game with two second-half strikes - the first a predatory finish after Raphael Guerreiro's shot was blocked and the second a left-footed thunderbolt from 20 yards.

They took his tally for the season to a stunning 39 goals in only 29 appearances, and 11 in seven since joining Dortmund in January.

In between Haaland's two goals, PSG starman Neymar briefly drew the visitors level, slotting in a low cross from Kylian Mbappe on his return from injury.

But he was outshone by Haaland, who gave the German side the result their positive display deserved and a narrow lead to take to the Parc des Princes for the second leg on 11 March.