Hazard should be fit for ‘clásico’ despite bruised right leg 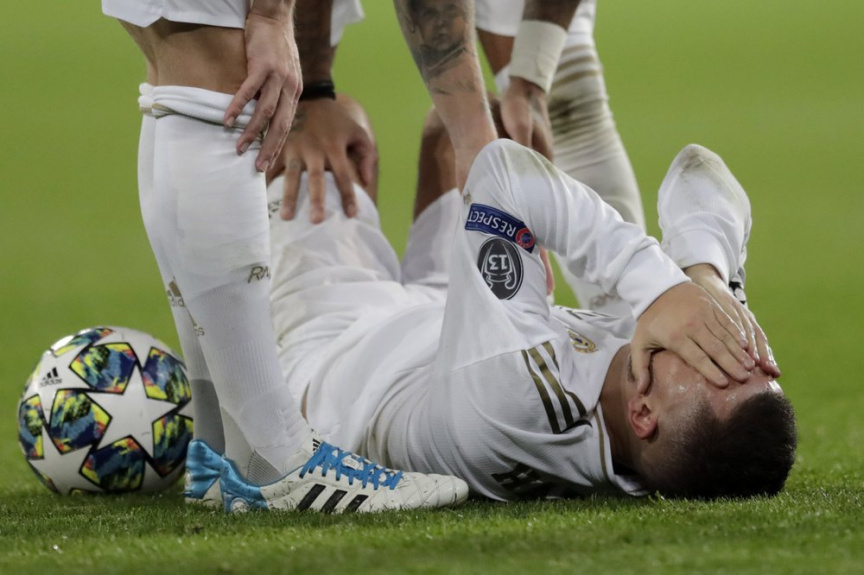 MADRID (AP) — Real Madrid forward Eden Hazard has a bruise on his right leg but is expected to be fit to play in the “clásico” against Barcelona next month.

Hazard was injured in the 2-2 draw against Paris Saint-Germain in the Champions League on Tuesday.

Madrid said Wednesday that Hazard’s recovery “will continue to be assessed,” but he is expected to be sidelined for about 10 days.

Madrid faces Barcelona on Dec. 18 in a match postponed from October because of a separatist rally in the Catalan capital.

Hazard helped to set up Karim Benzema’s opening goal at the Santiago Bernabéu Stadium against PSG. He was replaced by Gareth Bale in the 68th minute.

European football: What to watch in the main leagues