MP Jabir’s cable car project, A mirage? or can it become a reality? 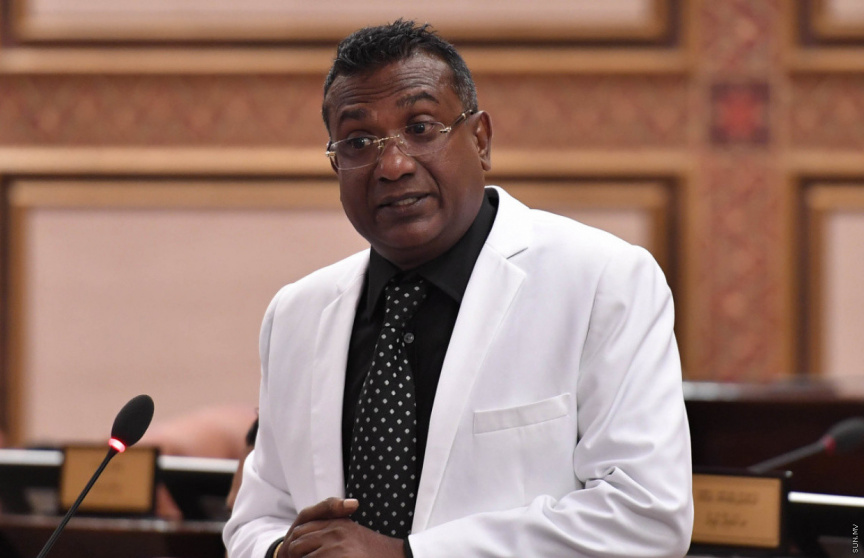 Kaashidhoo MP Abdulla Jabir: MP Jabir submitted an emergency motion to the Parliament regarding the increase in decompression cases noticed in divers on November 19, 2019. (Photo/Parliament)

One of the most hotly debated and talked about topics during the last Parliamentary elections was MP Jabir’s promise of connecting Kaashidhoo and Gaafaru with a cable car. MP Jabir, who was contesting for the Parliamentary seat in the constituency, was ridiculed by a large number of the public for his supposedly exaggerated dream.

MP Jabir, who won the election, lamented the governments for having isolated the islands of Kaashidhoo and Gaafaru. MP Jabir pointed out the fact that the government was focused on reclaiming land from the sea rather than using the large islands nearby Male’ as evidence of this.

The talks surrounding the cable car had died down after a few weeks of the election, but have started to elevate themselves once again back to the front pages.

Can it actually work?

MP Jabir’s DRP made a stunning announcement yesterday on Twitter by claiming that the President of Sintechnica Engineering and an associate had arrived in Kaashiodhoo/Gaafaru to start analysis and surveys of the project that was deemed as a joke. Photos that accompanied the tweet showed two people seemingly European on the island.

Many people are still not able to digest a pro0ject of this magnitude and five minutes of browsing for opinions on social media are enough to prove this.

One such user stated correctly, that the current longest cable car line was the Tianmen Shan cable car in China, which stretches for a massive distance of 7.5km.

The distance between Kaashidhoo and Gaafaru is 24km as can be seen from the mapping services. MP Jabir has promised to build a cable car line between the two islands. The current longest cable car line is in China and has a distance of around 7km.

On that thought, the distance between Kaashidhoo and Gaafaru is a whopping 24km. The challenges posed by one of the roughest seas in the country that lies between the two islands should also be noted. Keeping all of these factors aside, the cable cars would need an extremely strong support system to cross the distance.

These are just some of the few engineering challenges visible to the laymen and shows just why people are so skeptical about the project coming to fruition. Not to mention the high cost of such a project that not even MP Jabir, who is a wealthy businessman, could bear solely.

However, MP Jabir is not one to give in to criticism. He has previously responded to criticisms by saying that this project was not a joke. MP Jabir stated that in developed countries, cities were connected to each other with cable cars and that he did not see any reason why Kaashodhoo and Gaafaru could not be another such example.

There is approximately 24 km inbetween Gaafaru and Kaashidhoo. Currently, the world longest cable car is only 7.4 km long. Jabir will have to make a cable car 3 times the length of the current longest cable car. Good luck! pic.twitter.com/lOWB0JCm2e

Users of social media were still not convinced and one person even went as far as to question the MP as to whether he was “hungover”. This was the gist of the remaining comments that followed as well.

But despite all of these jokes, MP Jabir was still moving forward with his ambitions and claimed that Sintechnica Engineering was one of the biggest companies in Italy and was very much capable of making this project into a reality. The team of experts also met with the Speaker of the Parliament and former President Mohamed Nasheed.

MP Jabir is a different man, certainly the most different character in the Parliament. He has been the butt of several jokes and ridiculed for his speeches and fashion choices.

Some people would advise giving a deaf ear to the words of MP Jabir, while others would compare the similarities between him and Donald Trump, who has also been ridiculed by his countrymen. But one should admire his courage, outspokenness and sheer stubbornness.

Half of parole applicants test positive for drugs