Zuckerberg to appear before US Congress on currency plan 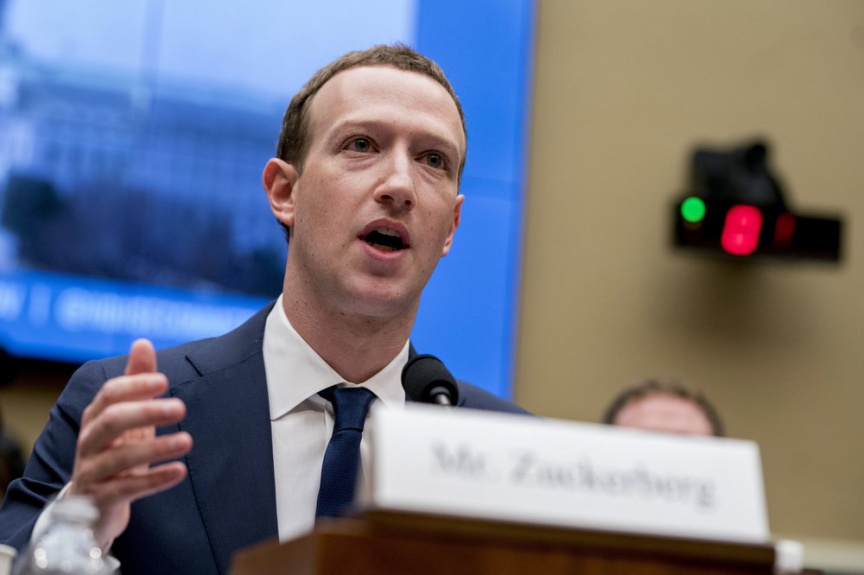 FILE - In this April 11, 2018, file photo, Facebook CEO Mark Zuckerberg testifies before a House Energy and Commerce hearing on Capitol Hill in Washington about the use of Facebook data to target American voters in the 2016 election and data privacy. Attorney General William Barr wants Facebook to give law enforcement a way to read encrypted messages sent by users, re-igniting tensions between tech companies and law enforcement. (AP Photo/Andrew Harnik, File)

WASHINGTON (AP) — Facebook CEO Mark Zuckerberg will appear before Congress this month as the tech giant is under pressure from lawmakers and regulators over its massive market power and record of privacy breaches.

Rep. Maxine Waters, the California Democrat who heads the House Financial Services Committee, announced Wednesday that Zuckerberg will testify at a hearing by the panel on Oct. 23. The focus will be on Facebook’s plan to create a digital currency and its role in housing. The company agreed in a legal settlement in March to overhaul its ad-targeting systems to prevent discrimination in housing, credit and employment ads.

Lawmakers from both parties and top regulators, including Treasury Secretary Steven Mnuchin and Federal Reserve Chairman Jerome Powell, have criticized Facebook’s plan for the new currency, expressing concern that it could be used for illicit activity such as money laundering or drug trafficking. There also is concern that the massive reserve created with money used to buy the new currency, to be called Libra, could supplant the Fed and destabilize the financial system, and that consumers could be hurt by Libra losses.

“Mark looks forward to testifying before the House Financial Services Committee and responding to lawmakers’ questions,” Facebook said in a statement Wednesday.

In July, Waters and other committee Democrats sent a letter to Facebook requesting a halt on moving forward with the currency and with the digital wallet, called Calibra, which would be used in the new currency system. House Democrats also have threatened legislation that would block big tech companies from getting into banking.

Waters has called Libra “a new Swiss-based financial system” that potentially is too big to fail and could require a taxpayer bailout.

France’s finance minister said Wednesday that the European Union should not allow Facebook to develop the currency project on “European territory” because it threatens the monetary sovereignty of member countries. “It should not be the role of a private company to try to get a sovereign currency like a sovereign state,” Finance Minister Bruno Le Maire said.

Unlike digital currencies such as bitcoin or Ethereum, Facebook’s plan calls for Libra to be backed by real currencies.

David Marcus, the Facebook executive leading the project, told lawmakers over two days of congressional hearings in July that Facebook would not launch the currency project until it had received all the necessary approvals from regulators and secured safeguards to protect the privacy of users’ data. He said Facebook will not control Libra because Facebook will be only one of about 100 companies and nonprofits in an association that will manage the currency.

The plan would open low-cost online commerce to millions of people around the world who lack access to bank accounts, and would make it cheaper to send money across borders, Marcus said. He did not agree to a suspension of the plan or a pilot project, as several lawmakers urged.

Facebook, a social media giant based in Menlo Park, California, with nearly 2.5 billion users around the globe, is under heavy scrutiny from lawmakers and regulators following a series of data privacy scandals, including lapses in opening the personal data of millions of users to President Donald Trump’s 2016 campaign.

The Justice Department, the Federal Trade Commission and the House Judiciary antitrust subcommittee are all conducting investigations of Facebook and the other big tech companies amid accusations of abuse of their market power to crush competition.

Zuckerberg had three days of private meetings in Washington last month with Trump and several lawmakers who, like the president, are critics of the tech industry. He also met with the chairman of the House Intelligence Committee to discuss ways to prevent foreign actors from disrupting next year’s elections. In a separate session, Zuckerberg told the leaders of the House Judiciary Committee that the company would cooperate with their antitrust investigation.

Zuckerberg last testified to Congress in the spring, when he was questioned about privacy, election interference and other issues.