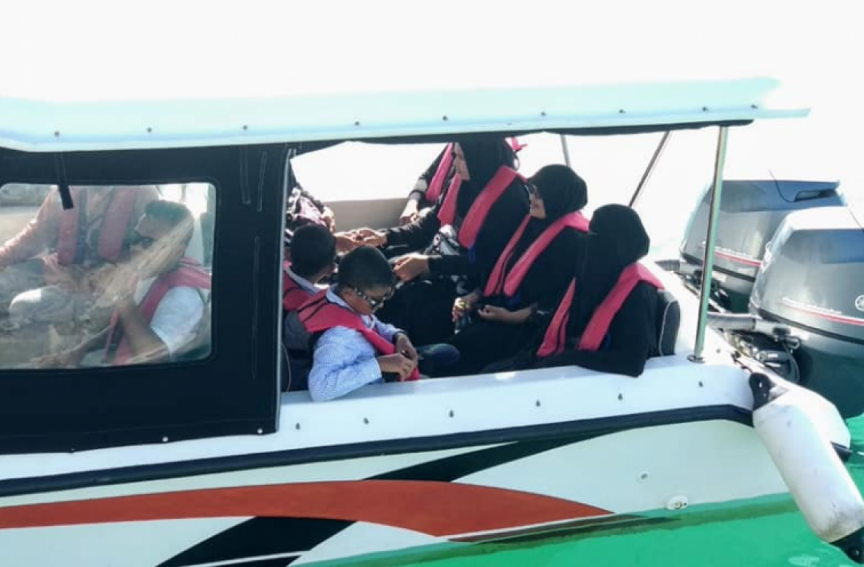 Passengers on a speedboat with life jackets. (Photo/Transport Authority)

The Transport Ministry has stated that a decision will be reached regarding making life jackets mandatory within two weeks.

The "Nuvagadi" program by the Transport Ministry to provide information regarding the Ministry's work saw State Minister Ahmed Adil announce that discussions were underway on making life jackets mandatory.

"Discussions are being held with Government institutions including Coast Guard, Marine Police, and Maritime section to see if life jackets should be made mandatory when traveling at sea," said Adil.

Adil stated that further details regarding the matter will be made public soon.

"This is not a difficult task. Resorts already make life jackets mandatory when transporting guests. It is done for safety and security reasons,"

"We will decide on whether life jackets should be made mandatory in situations of rough seas or when a yellow alert is in place," said Adil.

Transport Minister Aishath Nahula has stated that life jackets should be made mandatory for women and children on vessels. The debate regarding life jackets heated up after five people were recently killed during an incident when a speedboat traveling from H.Dh. Nolhivaramfaru to H.Dh. Hanimaadhoo capsized amidst rough seas.

It has also been noticed that life jackets are being commonly used in travel after the incident.

High-speed ferry service to start at HA Atoll on Sunday