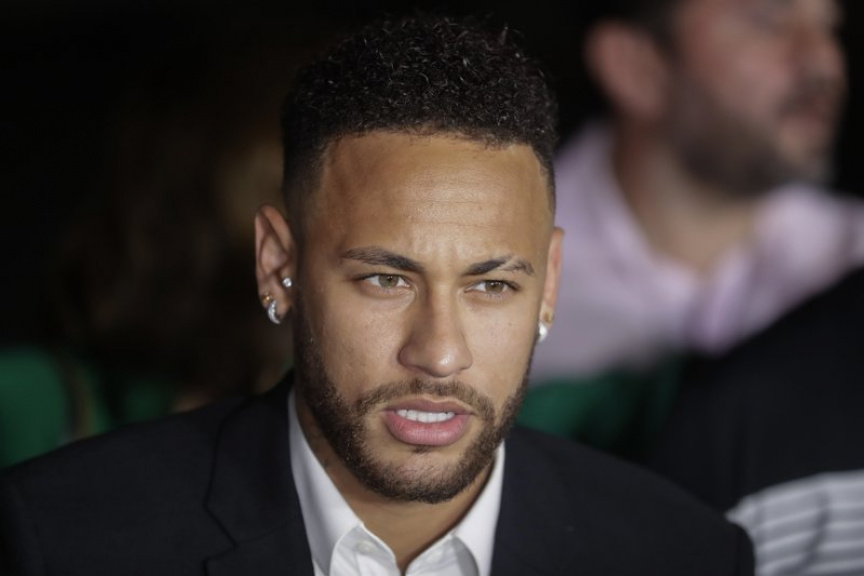 In this June 13, 2019 file photo, Brazil's soccer player Neymar speaks to the press as he leaves a police station where he answered questions about rape allegations against him in Sao Paulo, Brazil. (AP Photo/Andre Penner, File)

Neymar’s spokeswoman, Day Crespo, denied the allegation PSG was not informed, and added the player will return to France on July 15 as agreed “weeks ago.”

PSG said in a statement that “Neymar was not in attendance at the agreed time and place” and this was “without the club’s prior authorization.”

PSG added, “It regrets this situation and will therefore take appropriate action.”

Crespo told The Associated Press the club knew Neymar scheduled a video shooting on July 10 and an event at his institute three days later.

“Neymar’s institute has organized this event for five years and everyone knows of those dates,” she said. “After those dates he will be present with the group on July 15, as he informed the club weeks ago.”

But his two seasons at PSG have been blighted by injuries to his right foot and he has been linked with a reported move back to the Spanish champion.

A Brazilian model accused him of raping her in a Paris hotel on May 15. Neymar denies any wrongdoing.

Senegal, Ivory Coast through to last 16 at African Cup