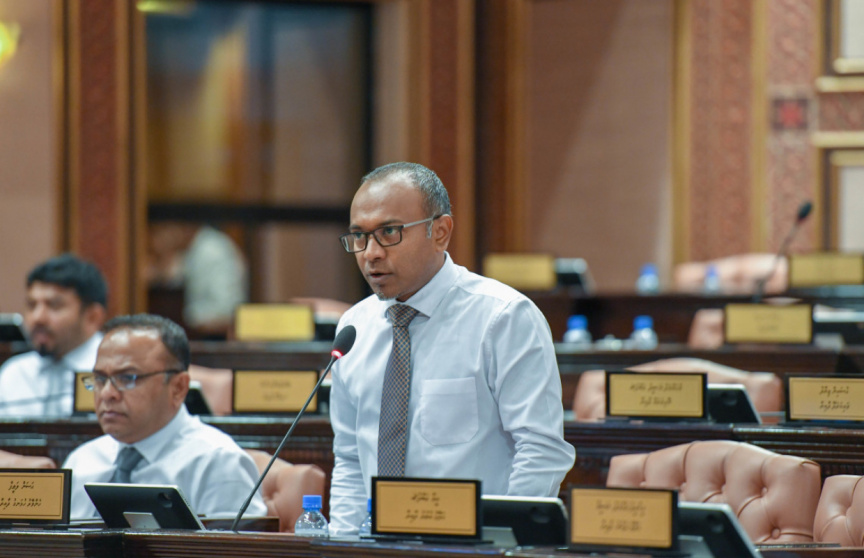 The Parliament has declared Supreme Court’s ruling - which declared any decision by any State institution which opposed its stay order on the suspension of Supreme Court Justice Abdulla Didi as invalid – as unconstitutional.

The Judicial Committee of the Parliament presented its report based on information collected by questioning members of the Judicial Service Commission (JSC) this Tuesday morning.

In the report, the committee recommended that the Parliament ascertain the legality of JSC’s decision to suspend Supreme Court Justice Abdulla Didi, and urge Supreme Court not to interfere in the work of other State institutions.

West Henveyru MP Hassan Latheef proposed making a revision to the report to add the recommendation that the Parliament declare the ruling issued by Supreme Court on Monday as unconstitutional.

Justice Didi was placed under suspension on June 12, following a probe into a USD 1 million bribery allegation against him filed by Speaker of Parliament, President Mohamed Nasheed.

Following JSC’s decision to suspend him, Didi filed a petition with the Supreme Court citing violation of due process by JSC in making the decision. The Supreme Court issued a stay order, asking JSC and other State agencies to refrain from executing the suspension until the court issues a decision regarding the case.

Judicial Committee of the Parliament, after Didi continued to report to work despite his suspension, passed a motion last Sunday, calling for a general vote at the Parliament to endorse JSC’s decision to suspend Justice Didi.

The Supreme Court’s ruling on Monday warns that any decision either by the Parliament or any State institutions which violates its stay order will hold no legal power.

The court said JSC’s refusal to accept its stay order also violated the oath taken by members of JSC, the ethical standard for JSC members defined by the law, and that it was an act of obstruction of justice and an act of contempt of court.

‘The Supreme Court’s declaration that the work of this Parliament and Judicial Service Commission cannot proceed does not comply with the Constitution at all. The claim is a clear violation of the Constitution,” said Latheef, speaking during the debate on the report this Tuesday morning.