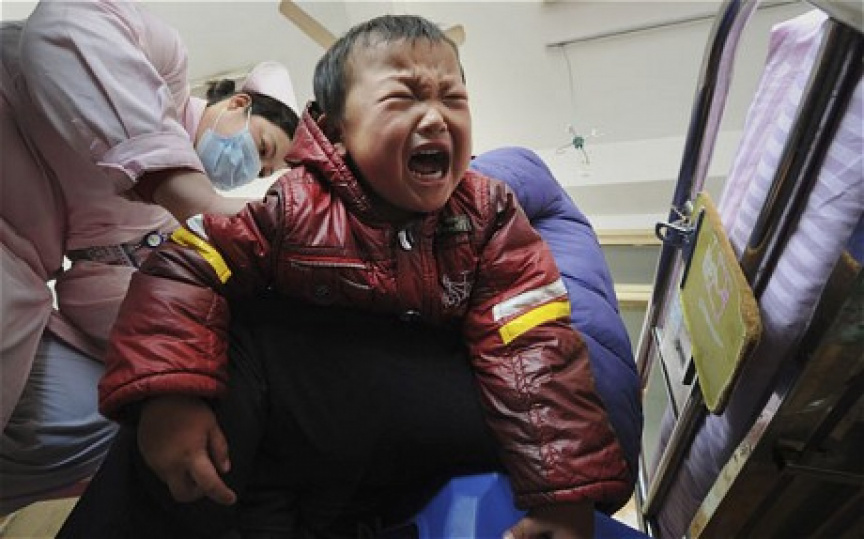 File photo of a child receiving medical treatment at a hospital in Hefei, Anhui province in 2011. (File Photo/Reuters)

BEIJING (AP) — A kindergarten teacher has been arrested in eastern China after 23 students were sickened in a suspected act of deliberate poisoning, police said Tuesday.

The teacher, identified by the surname Wang, is believed to have adulterated the children's food with sodium nitrite, the Jiaozuo city police said on their official microblog.

Overexposure to sodium nitrite can be toxic and possibly fatal. Police said they were still looking for a motive in last week's incident.

Schoolchildren in China have been the target of often fatal attacks by people bearing grudges or considered mentally ill.

In 2002, 42 people, mostly schoolchildren, died after eating snacks laced with rat poison in the eastern city of Nanjing. The killer, who apparently was jealous of his rivals' thriving business, was swiftly sentenced to death and executed.

Malaysia to sell yacht at center of 1MDB scandal