PPM will participate in peace talks announced by the government: Gayoom 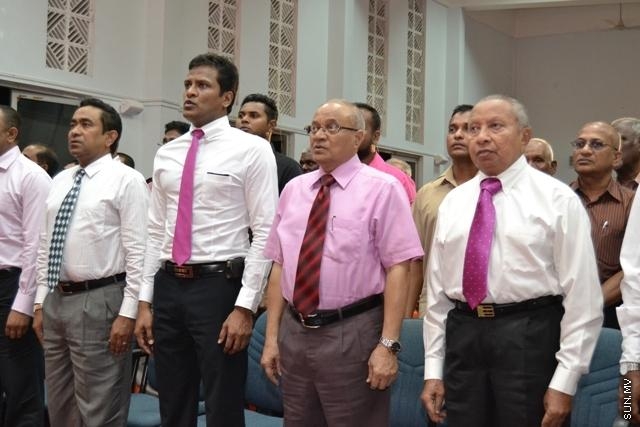 President of the Progressive Party of Maldives (PPM) and former President Maumoon Abdul Gayoom has said that PPM will participate in the peace talks announced by President Mohamed Waheed Hassan Manik.

Speaking at a PPM rally at Imaduddin School last night, Gayoom said that PPM will always prioritise peace and order in the country.

He said that PPM’s decision to withdraw from the peace talks was subsequent to the commencement of illegal activities and protests on the streets by Maldivian Democratic Party (MDP), which resulted in the purpose of holding discussions being lost.

President Dr Mohamed Waheed Hassan Manik said during his meeting with foreign diplomats in Sri Lanka yesterday as part of his current visit to Sri Lanka, that leaders of political parties will be invited within the next 48 hours, to hold discussions on the action to be taken after the Commission of National Inquiry (CNI) presents its report on 30 August.

Gayoom said last night that other parties cannot dictate who should participate in the talks on behalf of PPM.

No country will act as mediator in party talks: President