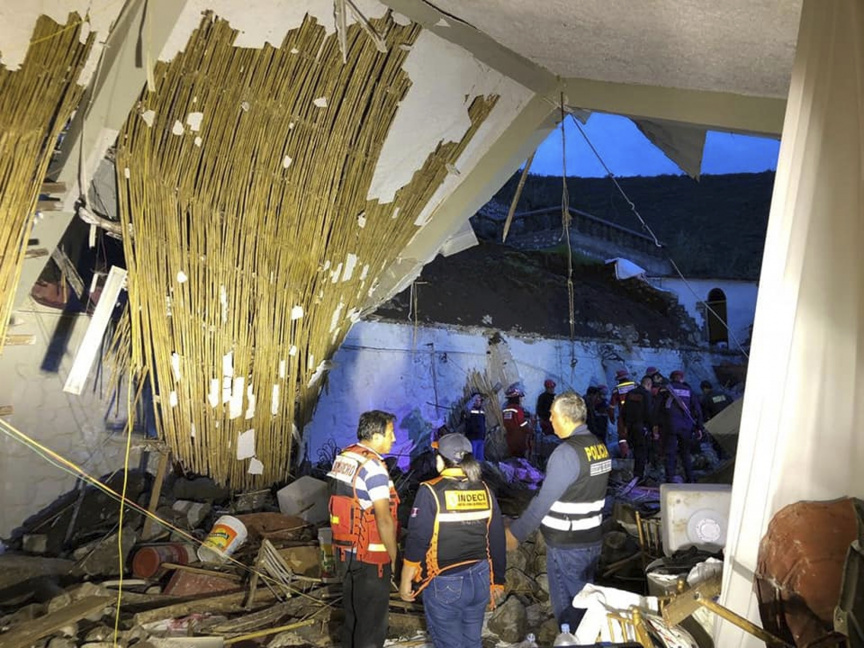 In this photo provide by Abancay police, officers and firefighters stand by a collapsed area of the Alhambra hotel in Abancay, Peru, Sunday, Jan. 27, 2019. (AP Photo/Abancay police via AP)

National civil defense chief Jorge Chavez said dozens of people who had been dancing were caught under the collapsing wall and a roof early Sunday at the Alhambra hotel in the Andean city of Abancay in southern Peru. He told RPP radio that at least 30 people had been pulled from the debris with injuries and were being treated at a nearby hospital.

The local civil defense head, Rusby Zela, said the city had been battered by five days of rains, and she said that led to the collapse.

As police wait to arrest him, ex-Peru leader kills self