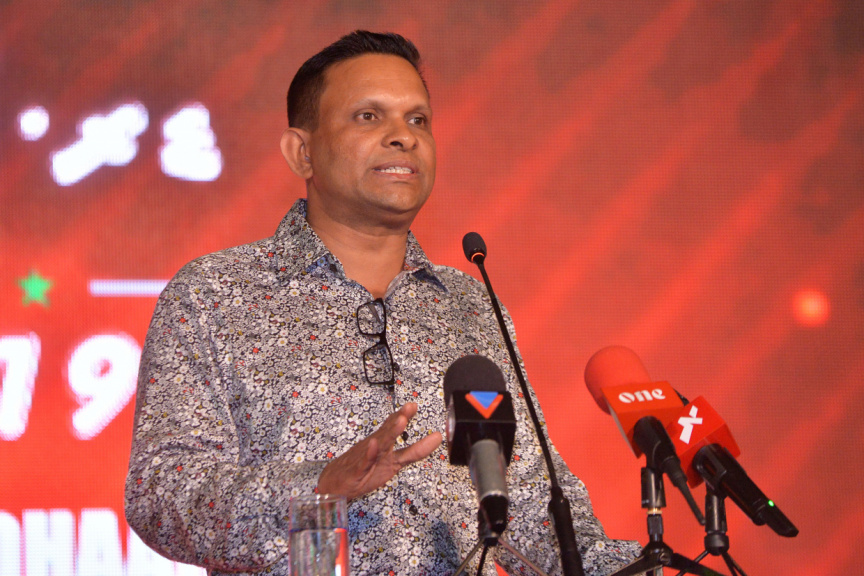 The former Defence Minister and Advisor to the Leader of the Jumhoory Party (JP), Colonel-retired Mohamed Nazim, has said that if a circumstance arises that JP must join the opposition party, PPM, it will happen.

Speaking at the launching of the parliament campaign of the former, Dr. Mohamed Jameel Ahmed, for the Vilimale’ constituency last night, Nazim said that there have been different speculations that JP will be working with different political parties.

The former Defence Minister said that JP would work with any party and the JP Leader, Qasim Ibrahim, is someone who would do anything the situation requires.

Nazim said that Qasim is the Speaker of the Parliament and would meet with the MPs despite their political affiliations.

He said that there is no one else who would work harder to prolong the current administration and always stand beside the President, Ibrahim Mohamed Solih.

‘Will force development of airport in Komandoo area’