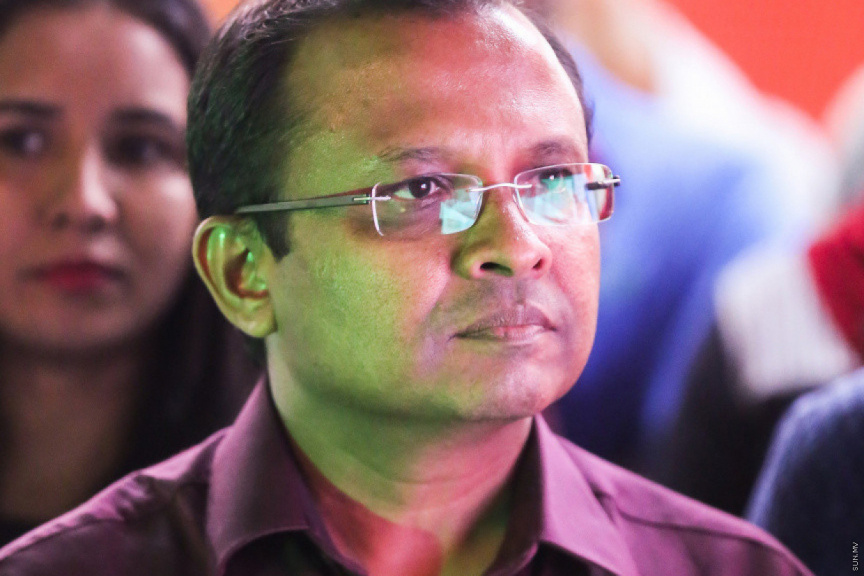 Inside the campaign launch of Colonel-retired Mohamed Nazim on the night of 17 January 2019. (Sun Photo/Fayaz Moosa)

Leader of joint parliamentary group of the government coalition, the MP for Kimbidhoo constituency, Abdulla Riyaz, has said that Jumhoory Party (JP) will be the party to protect the presidency of Ibrahim Mohamed Solih.

MP Riyaz made the statement at the campaign launch of the JP Leader, Qasim Ibrahim’s political advisor and the former Defence Minister, Colonel-retired Mohamed Nazim for the parliamentary election.

He said that JP has capable, experience figures representing the party in the parliament election to achieve this goal and requested the public to vote for JP candidates.

While MP Riyaz has made this remark, the President of MDP and the former President of the Maldives, Mohamed Nasheed, has said that the current government needs an MDP members in the parliament to sustain it.

The leaders of the government coalition are yet to agree on how to divide the constituencies.