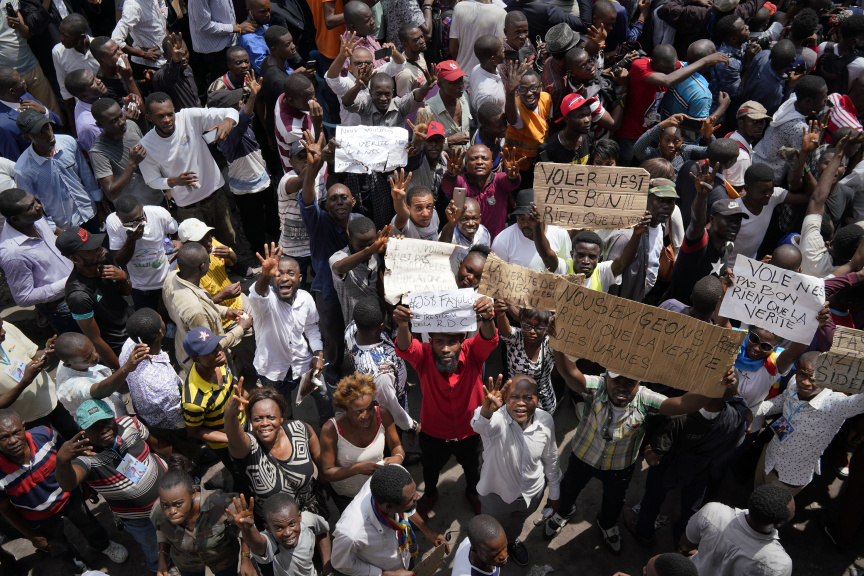 Supporters of spurned Congo opposition candidate Martin Fayulu holds placards reading "Stealing is not good, only the truth" and "We demand the truth of the ballot boxes" before he addressed them in Kinshasha, Congo, Friday, Jan. 11, 2019. (AP Photo/Jerome Delay)

Michelle Bachelet, the U.N. human rights chief, said the perpetrators should be brought to justice over such "shocking violence" that erupted between the Banunu and Batende communities in the Mai-Ndombe province.

Her office said it has launched an investigation, along with national authorities in Congo.

U.N. spokesman Stephane Dujarric said in New York that according to the sources, at least 82 other people were injured during the clashes in four villages.

The rights office says Wednesday that hundreds of houses and buildings were also burned down or pillaged in the violence, and an estimated 16,000 people sought refuge in neighboring Republic of Congo across the Congo River.