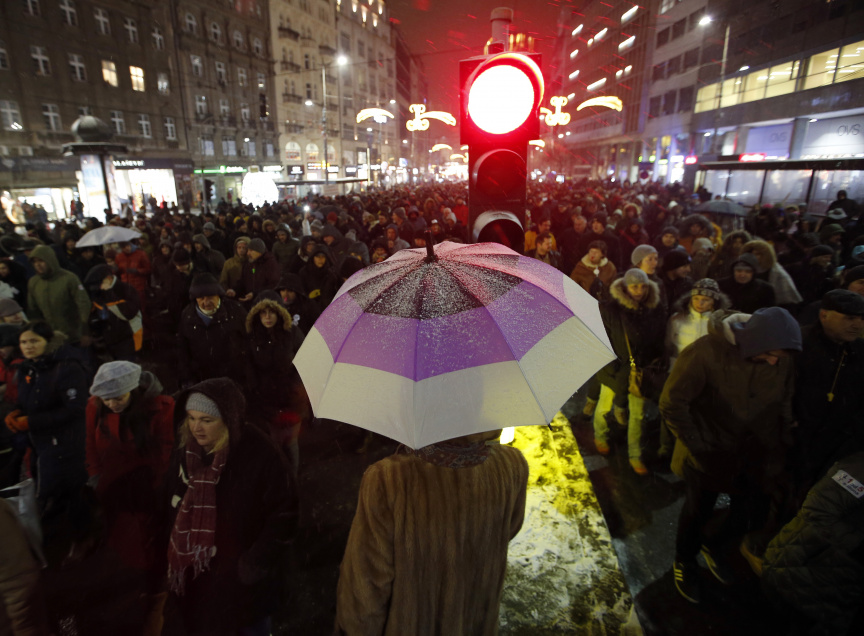 BELGRADE, Serbia (AP) — Thousands of people have braved snow and freezing temperatures in Serbia's capital to turn up for the fifth week of street protests against populist President Aleksandar Vucic.

The demonstrators marched through downtown Belgrade blowing whistles and booing and jeering loudly as they passed the Serbian presidency building on Saturday. Some carried Serbian flags and banners reading "We are the people" or "Down with the thieves."

The demonstrations started after thugs beat up an opposition leader in November, putting pressure on Vucic.

Critics accuse the president of imposing an autocracy through strict control over the media and promoting hate speech against opponents.

Vucic rejects being labeled as domineering and has suggested he might call an early election this year. A former extreme nationalist, he has held office saying he favors Serbia joining the European Union.