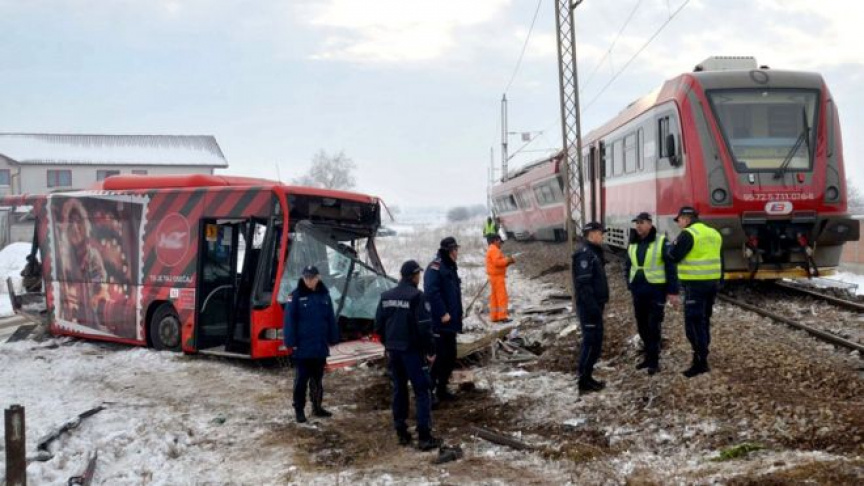 In this photo made available by Serbian police, Police officers attend the scene of a bus and train crash near the city of Nis, Serbia, Friday, Dec. 21, 2018. (Serbian police via AP)

The collision took place around 7:30 a.m. in foggy weather on a railway crossing near the city of Nis, police said.

They said that it appears the bus driver's "oversight" most likely caused the crash.

Initially, police said that three people were killed and 22 injured. But authorities later confirmed that two more people died in a hospital and raised the number injured.

"When I heard a big bang I knew it was bad," said a witness, Stevan Jocic. "The bus was cut down the middle, passengers inside, all high school kids. It was horrific."

Ship with 311 migrants ignored by Italy, heads to Spain