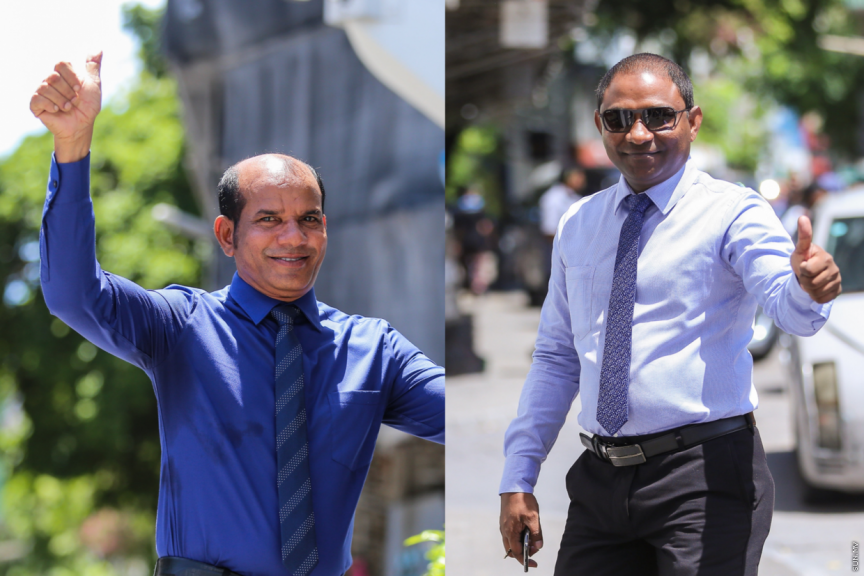 The MP for Villingili constituency Saud Hussain and the MP for Dhihdhoo constituency, Latheef Mohamed, has signed to Jumhoory Party (JP).

For the past two days, there have been rumors that the two MPs signed to JP but neither the party nor the MPs have commented on it.

Talking to Sun Media this evening, the Spokesperson of Jumhoory Party, Ali Solih, has confirmed the membership of the two MPs with the party.

He said that the two MPs joined JP four days ago.

Despite JP confirmation, MP Saud told Sun Media tonight that an official decision has not been made to join JP but he’s working with JP at the parliament.

Until today, the signings of those two MPs have been kept secret from the media. And while special ceremonies were held for the new JP signing in the past three weeks, no ceremony was held for the MP for Villingili constituency and the MP for Dhihdhoo constituency.

Ameer Ahmed Magu to be opened to vehicles in one week