Trump says US did 'fantastic job in Puerto Rico' after Maria 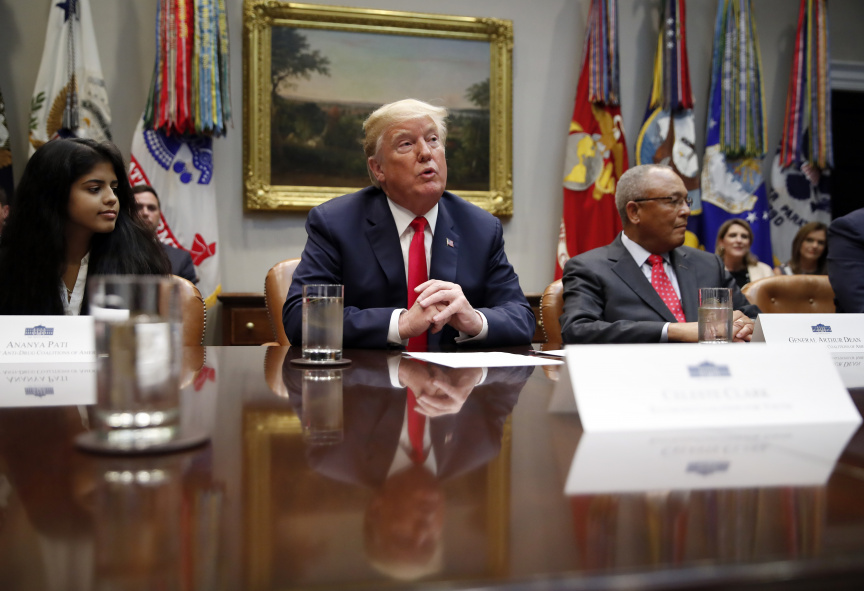 WASHINGTON (AP) — President Donald Trump says he thinks the federal government did a "fantastic job in Puerto Rico" despite the deaths of nearly 3,000 people after Hurricane Maria.

Trump tells reporters at the White House Wednesday that, "We've put a lot of money and a lot of effort into Puerto Rico."

He says he thinks "most of the people of Puerto Rico really appreciate what we've done."

The U.S. territory's governor this week raised the official death toll from Hurricane Maria from 64 to 2,975 — almost twice the government's previous estimate.

Trump is pointing to the island's pre-existing financial and infrastructure challenges, but is falsely claiming its electric plant "was dead" and "shut" before Maria hit.

Puerto Rico's Electric Power Authority is more than $9 billion in debt, but was operating.

Trump to be allowed back on Facebook after 2-year ban