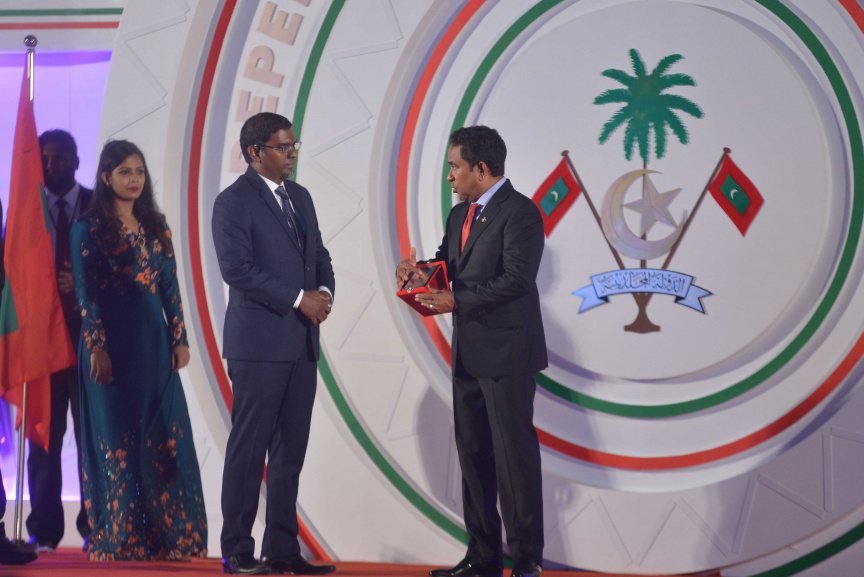 Maldives Monetary Authority (MMA) has launched a commemorative coin to celebrate 50th Republic Anniversary of the Maldives. The Maldives became a republic on 11 November 1968.

At the ceremony held last night to present the National Achievement Awards, the new commemorative coin was launched by the Governor of the MMA, Ahmed Naseer.

MMA said that the commemorative coin has a face value of MVR 150 and contains 950 ounces of gold on the gold plate and is a quality Proof Coin. The coin introduced last night weighs 28.28 grams.

The price at which the new coin would be sold to the general public will be announced on Sunday.

A similar commemorative coin was released on the 25th Independence Day of the Maldives in 1990.