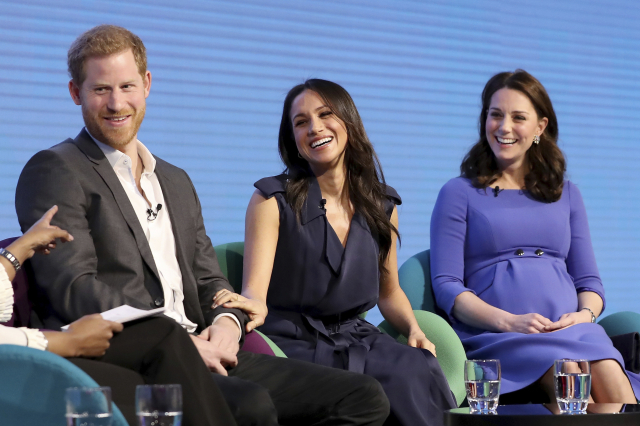 LONDON (AP) — Prince Harry and his fiancee, Meghan Markle, will open up the grounds of Windsor Castle for their May wedding to 2,640 people from all walks of life to help them celebrate their big day, Kensington Palace said Friday.

The guests, who will come from across the United Kingdom, will be able to watch the bride and groom arrive and be in a prime location to see their carriage procession after the May 19 ceremony.

The number does not include those invited to the ceremony at the castle's St. George's Chapel, which seats about 800.

"Prince Harry and Ms. Meghan Markle have said they want their Wedding Day to be shaped so as to allow members of the public to feel part of the celebrations too," the palace said in a statement. "This wedding, like all weddings, will be a moment of fun and joy that will reflect the characters and values of the Bride and Groom."

About 1,200 of those invited will be members of the general public. Around 200 will represent charities and other organizations supported by the couple, with local schoolchildren, residents of Windsor and members of the Royal Household making up the balance.

Harry and Markle, an American actress, will marry at noon in St. George's Chapel, the 15th- century church on the grounds of Windsor Castle that has long been the backdrop of choice for royal occasions.

The couple have said they were "hugely grateful" for the many good wishes they have received and that they wanted to have the public join in to enjoy their special day.