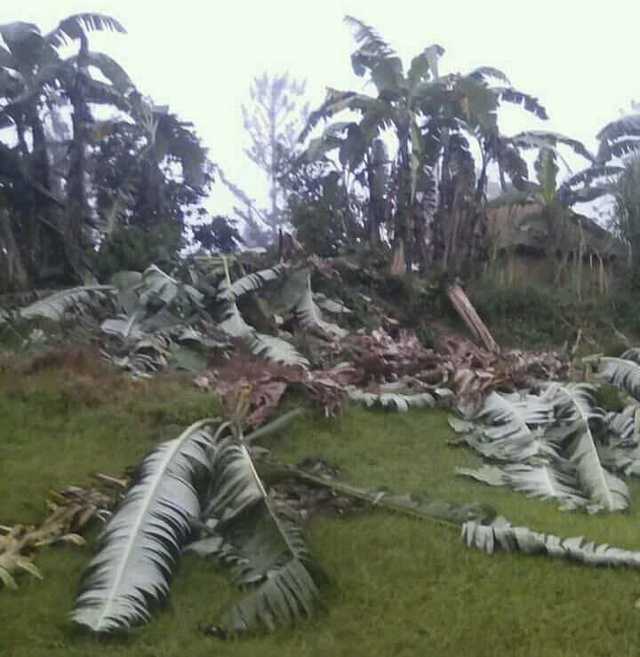 His comments were the first confirmation of deaths from a high-ranking official after Monday's magnitude 7.5 earthquake severed communications and blocked roads in the central region, hindering assessment of the scale of the destruction. The National Disaster Centre has declined to give numbers as it assesses the damage.

Southern Highlands Governor William Powi told The Associated Press that communication remains difficult and the death toll may rise. "We are looking at massive, catastrophic havoc and destruction," Powi said.

"There are people who are traumatized, people in terrible devastation who have never felt this kind of destruction before," Powi said. "It has really brought a lot of fear into people's lives."

Powi said three oil fields and a liquefied natural gas plant run by ExxonMobil Papua New Guinea have halted operations for now as they assess the damage to their operations.

The quake has also disrupted work at a large gold mine and at coffee plantations in the region.

Powi said many roads remain cut off by landslides and that supplies will need to be airlifted. Many people live subsistence lives in the area, Powi said, and they would be suffering because the quake has destroyed many of their gardens and crops.

He said teams are on the ground assessing the most pressing needs.

"We need massive assistance," Powi said. "We need food, infrastructure maintenance, and to bring comfort to our people who are homeless and displaced."

"We are saddened to hear reports of lives lost and many people being injured," Australian Foreign Minister Julie Bishop said in a statement. "Given the challenging terrain and remoteness of the area, we expect that the extent of the damage will become clearer in coming days."

Aid agencies said they were ready to help but were awaiting more information. The International Federation of Red Cross and Red Crescent Societies said it had 20 volunteers on standby but that getting accurate information remained difficult.

The quake hit about 89 kilometers (55 miles) southwest of Porgera, the site of a large gold mine that employs more than 2,500. Several strong aftershocks have shaken the region as well.

The quake also caused panic and damaged buildings across the border in eastern Indonesia.

Papua New Guinea is home to 7 million people on the eastern half of the island of New Guinea, to the east of Indonesia. It sits on the Pacific's "Ring of Fire," the arc of seismic faults around the Pacific Ocean where most of the world's earthquakes and volcanic activity occur.