Saeed: Qasim will understand the right path one day 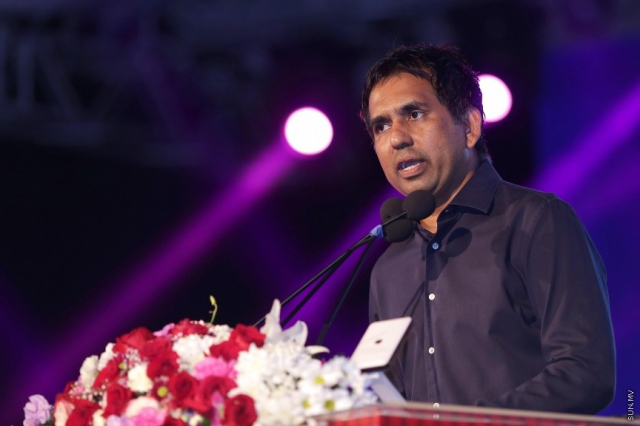 Speaking at ruling Progressive Party of Maldives (PPM)’s “Mi Jeeluge Adu” rally in Hulhumale’ last Saturday night, Saeed said Qasim was someone he had deep respect for, but that Qasim was also the person behind the recent attempt to overthrow incumbent President Abdulla Yameen Abdul Gayoom’s administration.

Saeed – who worked as a manager at Qasim’s Sun Island Resort - said he was confident Qasim will recognize the right path one day.

“They attempted the coup with Qasim Ibrahim backing it. President Maumoon, even after his 30-year presidency, is one pillar of the coup. And then there’s Nasheed. He lacks any wisdom, any love,” said Saeed.

Meanwhile, Qasim, during an interview to RaajjeTV on Saturday, swore he offered no one any bribe money.

He pleaded no involvement in any bribery, and said the allegation was an attempt to frame the opposition.

Qasim said that Siyad, who is currently under police custody on charges of suspected involvement in the coup attempt, would never do anything like offering bribes.

Qasim said no one in his family had any involvement in bribery.

He said that Nasheed, or a member of his family had a hand in every coup which has taken place in Maldives. And criticized the current alliance between the Nasheed and Maumoon, who had once been political rivals.

Qasim: They objected order "we" issued on February 1