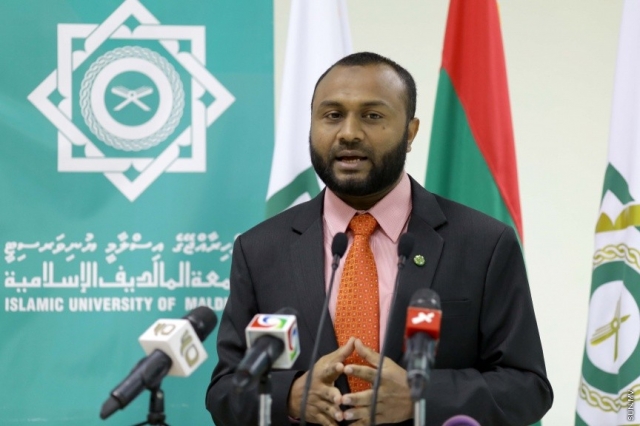 Shaheem requested that he be removed from AP’s membership registry on February 14.

Shaheem wrote on his official Facebook profile this Monday that he had decided to part ways with AP after two to three years of difference of opinion.

He said that he did not have any grievance with any member of AP despite the decision.

“This decision will not, with the grace of god, have any negative impact on any of my Islamic work. It is my biggest goal to remain in service to the religion of Islam and Maldives for as long as Almighty Allah keeps me in this world in good health,” said Shaheem.

He had also previously commented that he wished to step aside from politics and serve Islam through social initiatives.

Shaheem had served as Minister of Islamic Affairs during former President Dr. Mohamed Waheed’s administration as well as the current administration.

He had resigned from his post after AP left the government coalition. And was appointed Vice Chancellor of IUM by President Abdulla Yameen Abdul Gayoom shortly afterwards.

He is now the Chancellor of IUM.

Shumba’s hearing, scheduled after a year is cancelled