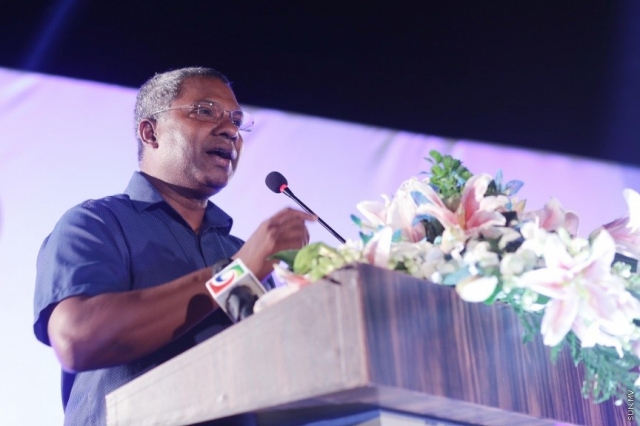 CEO of Maldives Ports Limited, Mohamed Junaid has announced that he was not personally happy with the Civil Court order to honor the contract between MPL and Meridum for sole supply of diesel to MPL, but nevertheless, respected the court’s decision.

Meridium recently won its lawsuit against MPL - which had been going to other diesel suppliers – claiming it was a violation of the contract between MPL and Meridium.

Appearing in the TVM show “Rajje Miadhu” on Friday night, Junaid said that it was the responsibility of the CEOs of State companies to prevent any loss to the companies, no matter how small.

Junaid said that he, however, respected the Civil Court ruling, and would also respect the decision of High Court – to which MPL has filed its appeal.

“I respect the court ruling over Meridium. I am personally unhappy. The court has issued its ruling. And now it’s the responsibility of the CEO to decide what the next step is. Next is the appeal. If the ruling after the appeal is still the same, we will respect it and move forward,” said Junaid.

In an earlier interview with “Sun”, Junaid said that the supply contract between MPL and Meridium was invalid, and was unhappy with the Civil Court order to honor the contract.

“Look at the price we have to buy diesel for. We can get MVR 7 per liter. Even STO now sells diesel for just MVR 8 per liter. Having to buy the same diesel for MVR 12 per liter from a company called Meridium is a huge loss to a company such as this which has to buy large quantities of diesel,” said Junaid.

He said that State companies incurring millions in losses was a huge loss to the State and people of the country.

He said that if Meridium continued to operate as is, MPL would continue incurring approximately MVR 10 million in losses per year.

Meanwhile, owner of Meridium, Vilufushi MP Riyaz Rasheed maintains that there was no corruption involved in the contract between Meridium and MPL, and asked that Anti-

He challenged that he would resign from his seat within the People’s Majlis if ACC found any irregularities with the contract between his company and MPL.