Riyaz: Now is the time to leave Commonwealth, Majlis will decide when it re-opens 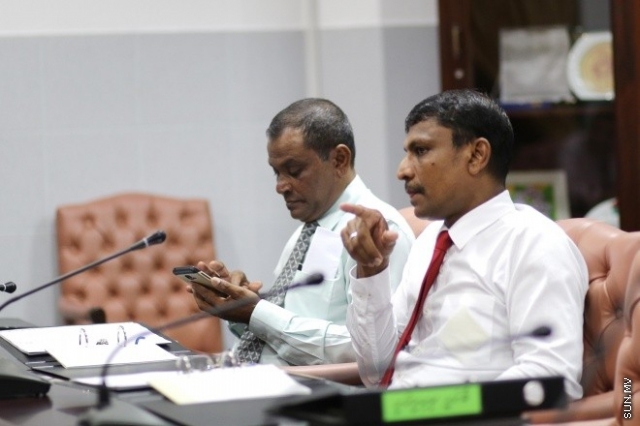 Deputy Leader of Parliamentary Group of the ruling Progressive Party of Maldives (PPM), Vilufushi MP Riyaz Rasheed has declared that now was the time for Maldives to leave Commonwealth, and that People’s Majlis would deliberate over the matter and make its decision when it re-opens.

Commonwealth Ministerial Action Group (CMAG) has asked Maldivian government to implement the changes they have recommended, warning decisive action if they fail to comply.

CMAG has included Maldives in their official agenda, giving them until March, 2017 to implement the changes.

Maldivian government officials will not be allowed to attend the CMAG meeting to discuss the situation in Maldives.

CMAG has demanded that Maldivian government and opposition parties re-start all-party talks unconditionally, free all political prisoners, allow opposition leaders living in exile to return back to Maldives and participate in politics and presidential elections in 2018, stop misusing laws such as anti-terrorism law to silence the opposition, stop unlawful prosecution of politicians, ensure separation of powers, ensure a free and fair judiciary, provide room for civil societies to thrive and restore confidence in the government.

An outspoken critic of Commonwealth, MP Riyaz spoke to “Sun” on Saturday night and said that President Abdulla Yameen Abdul Gayoom had asked for advice from Majlis regarding Maldives remaining a member of Commonwealth in the past, and that lawmakers would make a decision regarding the issue when Majlis re-opens.

Riyaz hinted that a lot of lawmakers were in favor of Maldives leaving the Commonwealth, and stated that he was strongly in favor of such a decision.

He said that the time to leave Commonwealth was now.

“Maldives should have left Commonwealth long ago. But maybe the time hadn’t come. Maldives has always advocated peace. We have always worked in harmony with other countries,” said Riyaz.

He alleged that the decision of CMAG was influenced by “a group of individuals living in self-exile in UK”, who wanted to overthrow the government.

British rule over other countries is long past,” said Riyaz.

Speaking during the Majlis debate over President Yameen’s request on advice regarding Maldives remaining a Commonwealth member-country in July, 2015, Riyaz had said that Commonwealth did not provide any significant assistance to Maldives.

He had pushed for Maldives to leave Commonwealth as far back as 2012, but hiss bill had failed to garner the necessary votes.