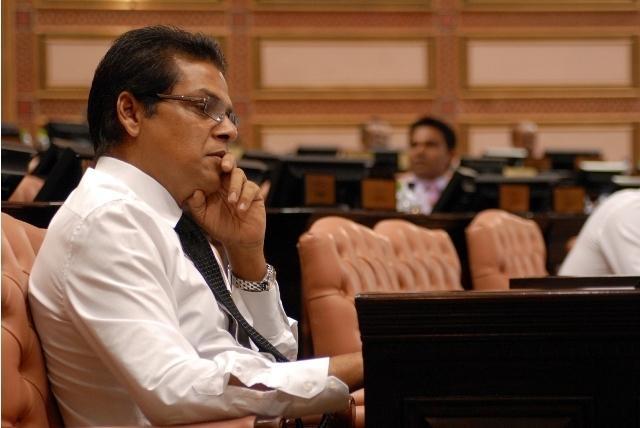 Moosa Manik said that the order issued on 17 June by Minister of State for Tourism Ahmed Sameem is illegal, and that this was done to protect the interest of resorts owned by specific people.

Moosa said that discrimination is involved in leasing land plots to City Councils and Island Councils for business purposes.

MDP Parliamentary Group members said that the government should not stand in the way of people benefitting directly from tourism. They criticised the government for attempting to undermine the authority of Councils.

Dhivehi Rayyithunge Party (DRP) Parliamentary Group member Visam Ali said that MDP does not ‘make sense’, because they earlier called to boycott tourism, and now talks about the benefits of the tourism industry to citizens.

“Speaking of Councils – what was the state of Councils during the MDP administration? Councillors were there because they were paid salaries; they were not allowed to do anything. And now they speak in defence of Councils – it does not make sense,” Visam said.

An urgent debate was presented by MDP yesterday as well, by its Parliamentary Group member Ibrahim Rasheed. The debate went on until the Parliament session had to be concluded when quorum was lost for a fifth time.

Loss of Rf35m for MTCC due to negligence of Finance Ministry