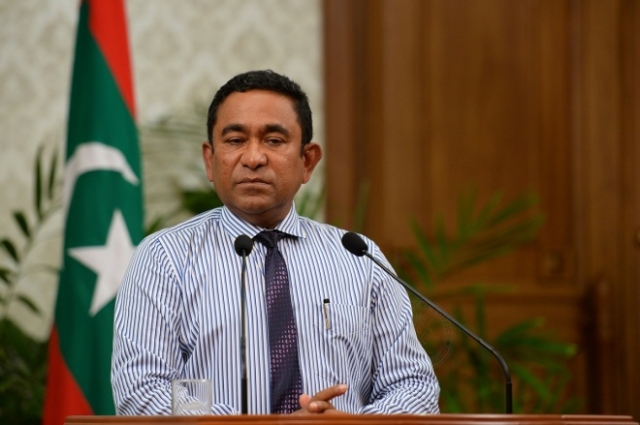 President Abdulla Yameen Abdul Gayoom, on Thursday, ratified the bill on defamation and freedom of speech.

The bill, which gives authorities sweeping powers to constrain the freedom of speech guaranteed by Maldivian Constitution has been published in Government Gazette, and has therefore started taking effect.

The bill, which was proposed by Progressive Party of Maldives (PPM) lawmaker, Unfoogaaru MP Jaufar Dhawood, passed with the vote of 47 government-aligned lawmakers.

The amendment made to the Constitution now means that anyone who is who is prosecuted for defamation can only appeal his or her sentence after paying the fine.

Failure to pay the fine will be met with prison sentences up to 6 months.

Military officers including Nasheed’s bodyguard and his brother arrested