Police: Rilwan was stalked by Kuda Henveiru, DNA found in a car 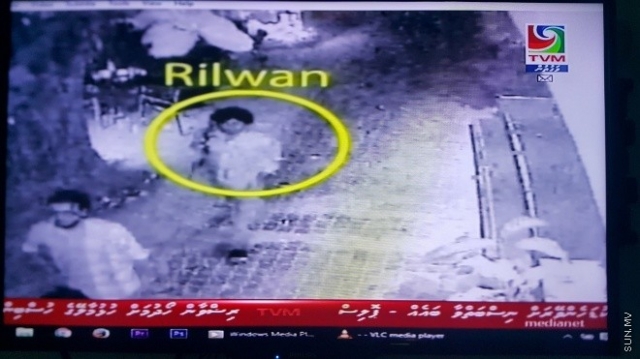 Police have said that Ahmed Rilwan – who worked as a journalist for Maldives Independent – was stalked by some people who belonged to Kuda Henveiru, the night he disappeared.

Speaking in a press conference held at Iskandhar Koshi on Saturday, 603 days after Rilwan’s disappearance, Head of Serious and Organized Crime Department, Superintendent of Police

Abdulla Shatheeh said that he could not say with conviction if Rilwan was dead or alive.

• Five suspects arrested in the case released by court

• One of the five suspects released by court now abroad

Shatheeh said every move made by Rilwan on August 8, 2014 – the day he disappeared – had been shadowed. And that he was being followed when he went to Hulhumale’ Ferry Terminal on his way to the apartment he lived in, in Hulhumale.

He said that police had arrested five suspects in their investigation. But that court had released them. And that one of the suspects who played a key role in leading the operation – Mohamed Suvaidh from Athiriaage in S. Hulhudhoo - was now out of the country.

He said that police had run DNA tests of five strands of hair found in the red car that some witnesses had reported seeing a man being forcefully put into near Rilwan’s apartment in Hulhumale. And that DNA on one of the stands of hair was a match to Rilwan’s mother.

Shaheeth said that the car was registered to Alif Rauf from H. Hilton. And that he too, was out of the country.

Shaheeth said that he was last seen getting up from his seat on the ferry when it arrived at Hulhumale.

According to police, the car was seen by police stationed at Hulhumale the night Rilwan disappeared. But that police had not stopped and checked the car as they had not known the car had any connection with a crime at the time.