Gayoom might contest in the Presidential Election: Dr Saud 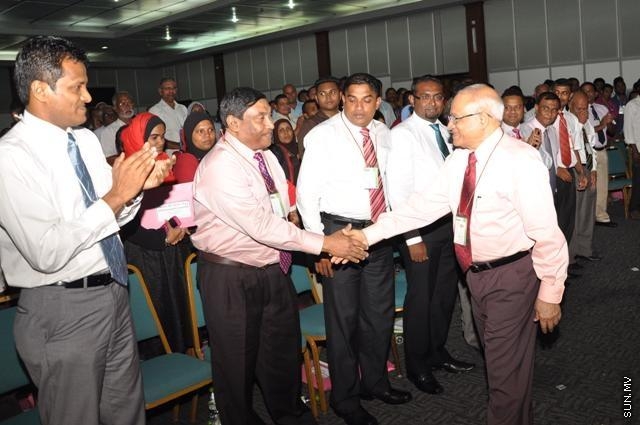 “I believe that no primary will be held, and excuses will be made for this such as the country’s current condition,” said Dr Saud, who was appointed by Gayoom as PPM Council President.

He said that the current political arena of the Maldives is based on two ideas. That is, just like there were two groups when multi-party system was introduced, everyone who supports Gayoom are on one side. DRP Leader Ahmed Thasmeen Ali, Gaumee Party Leader Dr Hassan Saeed, Jumhooree Party Leader Gasim Ibrahim are tied to the current government. This is one group, and Gayoom is the strongest in this group.

Saud said that Maldivian Democratic Party (MDP) President Mohamed Nasheed removed the educated and capable people from the party when MDP was first formed, and that this is still ongoing. So Gayoom’s only opponent is Nasheed.

“Maybe Gayoom has said something to President Waheed that was unclear, and gave him hope. But President Waheed does not have any room in PPM. It is a real waste if President Waheed is hoping to become PPM’s presidential candidate. He would be falling into a serious trap,” Dr Saud said.