Petition submitted to LGA requesting to take action against Male 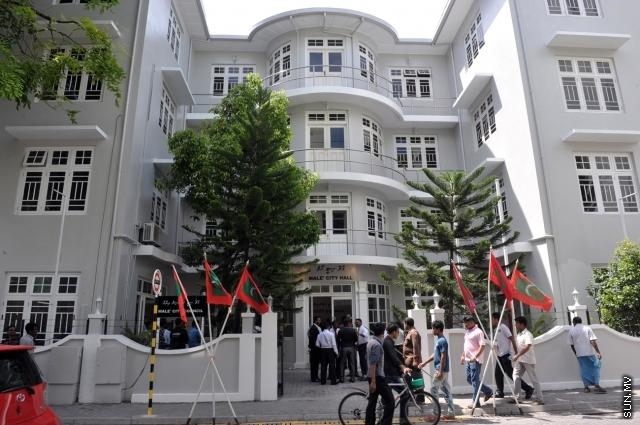 A petition with the signatures of fifty people has been submitted to Local Government Authority (LGA), requesting to take action against Male’ City Council.

The petition addressed to the CEO of LGA requests to take action against Male’ City Council because it does not fulfil its responsibilities to acceptable standards.

A lead person involved in submitting the petition, Moosa Shiyam of Ma. Noomas, said that the purpose of the petition is to point out that City Council is biased in giving permission for the delivery of religious speeches, and also because they fail to monitor areas in Male’ as they are required to.

“The main issues we noted are that City Council obstructs the delivery of religious speeches by some individuals, and that they do not maintain the streets of Male’ as they are required to do,” Shiyam said.

It has not yet been possible to obtain Male’ City Council’s comment on this matter.

This petition, submitted to the President’s Office in addition to LGA, comes at a time when a group of people obstructed Sheikh Ilyas Hussain while he was giving a speech at Furgan Mosque.

India permits export of seven types of commodities to Maldives