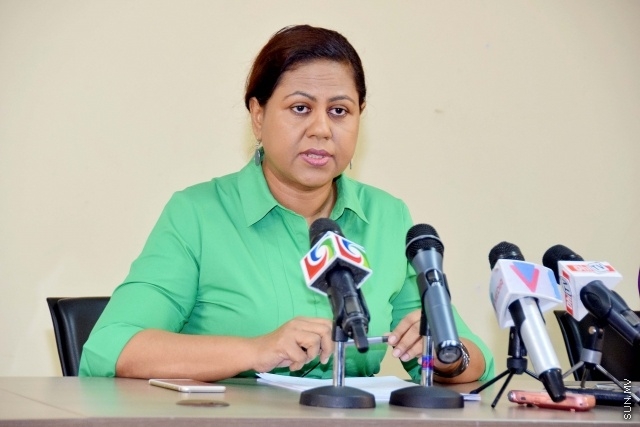 Central bank Maldives Monetary Authority (MMA) has announced that the winner of the competition for designing the new series of banknotes to be introduced later this year and next year, is Abdulla Nashath. Javaahirumaage, Baa Kendhoo.

At a press conference today, MMA Governor Dr Azeema Adam said that criteria considered in choosing the design include portrayal of Maldivian culture, and the extent to which the concept stood out when compared with currency notes of other countries.

She said that the new notes will be made from polymer, which incorporates many security features not available to paper notes.

“Polymer is more expensive than paper, but since it lasts longer, the cost is lower in the long run,” said Dr Azeema.

The new series, called Randhihafaheh, will see the replacement of existing MVR 10, MVR 50, MVR 100, MVR 500 banknotes, as well as the introduction of MVR 1,000 banknotes.

Dr Azeema said that the new notes will replace old ones, but the old ones will be accepted as legal tender for a period of one year.

Asked by reporters if the introduction of a new series of banknotes required a large budget, she said that new notes are printed every once in a while and the cost of introducing a new series will not be too high compared to the normal expenditure.

MMA has announced a prize of MVR 400,000 for the winning design for the new series.

The central bank said earlier that introducing a new series was the only way to increase security features in the Maldivian Rufiya banknotes.