All mosques will be brought under Islamic Ministry: Shaheem 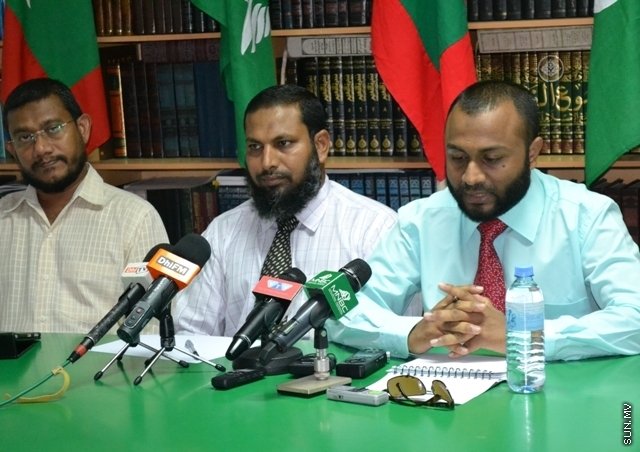 Referring to the issue of Gn. Fuvahmulah Island Council denying permission to give a religious speech at a mosque in the island, Sheikh Shaheem stated on his Facebook status that this is the result of handing over mosques to Island Councils.

The Minister asked to continue working with Island Councils in conducting religious programs until mosques are legally brought under the Ministry, and called to prioritize peace and order in the society when arranging such programs.

“This is the result of handing over mosques to Councils. God willing, all mosques in the country will be brought under Islamic Ministry,” Sheikh Shaheem said.

Shaheem called on the Island Council chiefs of Fuvahmulah to allow delivery of religious speeches at mosques.

A protest was also held in Fuvahmulah today against the cancellation by the Council President, of a religious speech organized by the Atoll Council to be given in Inara mosque in Maadhan’du region in Fuvahmulah.

PPM will win the next presidential election: Gayoom