IFJ calls on authorities to speed up search for missing journalist 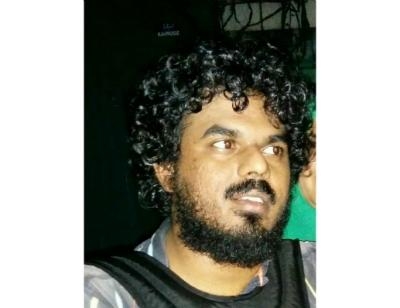 The International Federation of Journalists (IFJ) has called on the Maldives government to speed up investigation to clarify the whereabouts of Minivan News journalist Ahmed Rilwan Adbulla, who is missing since August 7.

Rilwan was last seen on Thursday night, 7 August in Male’. He was wearing a turquoise shirt and black trousers. Police said that the immigration records show he has not left the country, while there is no evidence to suggest that he returned to his apartment in Hulhumale’, according to Minivan News.

The IFJ expressed deep concern over the disappearance of Rilwan, who has been missing for over a week.

“We call on the authorities to undertake a full investigation up to and including the time of his disappearance, conducted with the upmost seriousness, with all findings released to the public. The disappearance of journalists is a serious matter and full support must be provided to the family,” said the IFJ.

The Maldives Journalist Association (MJA), a local affiliate body of IFJ, has also called on authorities to make an extra effort to find Rilwan.

Meanwhile, the Human Rights Commission of the Maldives (HRCM), of which Rilwan is a former employee, has brought the disappearance of the Minivan News journalist to the attention of the Special Procedures mechanism of the United Nations.