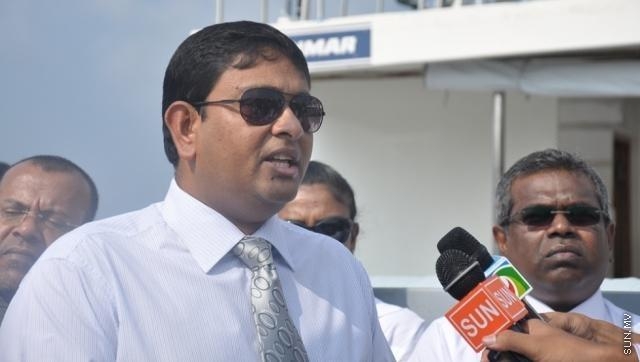 Parliament has issued a summons for Minister of Fisheries and Agriculture Dr Mohamed Shainee to face questioning by the parliament on Monday, 30 June.

The summons was requested by member of the opposition Maldivian Democratic Party (MDP) Meedhoo MP Rozaina Adam. The MP seeks to question Dr Shainee on Fisheries Ministry’s development projects for Addu City, according to the Parliament Secretariat.

Article 98 of the constitution allows the parliament to summon and question any member of the cabinet or government official. Ministers and officials are also required to produce documents related their obligations and responsibilities, as requested by the parliament.

Parliament last Monday, after a haitus of 2 years and request by MP Rozaina Adam, summoned Minister of Housing and Infrastructure Dr Mohamed Muizzu for questioning. However, the questioning did not gain traction as the sitting was abruptly adjourned due to disagreements over finalizing the compositions of parliament standing committees.